OilNOWLatest News and Information from the Oil and Gas sector in Guyana
More
FeaturedNews
Updated: December 9, 2017 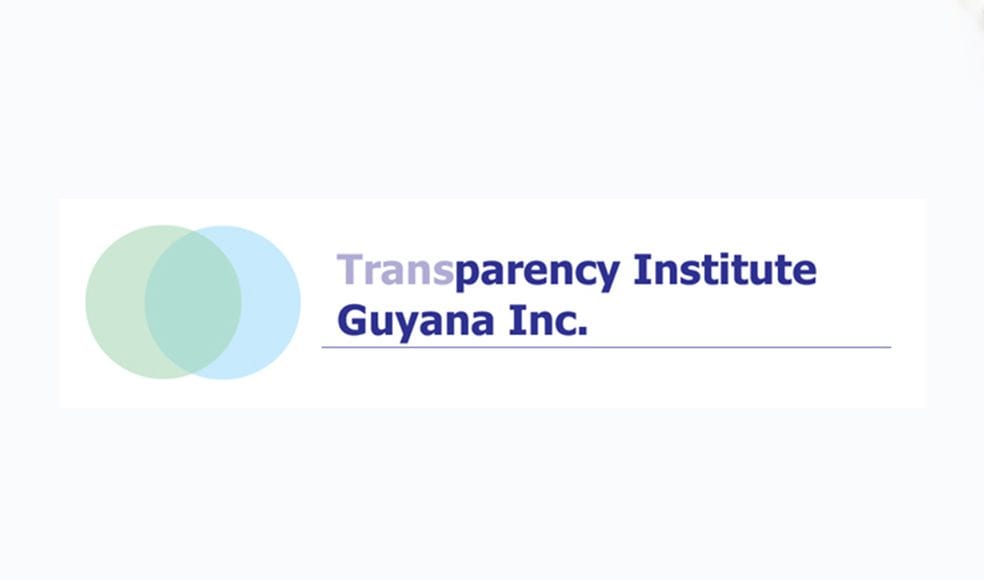 Transparency Institute Guyana Incorporated (TIGI) has accused the Guyana Government of deliberately engaging in deception in its handling of an advance payment from US oil major, ExxonMobil.

The anti-corruption advocate’s repudiation came swiftly in wake of confirmation that the coalition A Partnership for National Unity, Alliance For Change  (APNU+AFC) led government did in fact negotiate a ‘signing bonus’ with ExxonMobil – a claim it has repeatedly declined to confirm.

Leaked state documents have since confirmed that the Ministry of Finance last year requested Central Bank to establish a private account for the payment to be deposited.

“The move to set up a separate account to receive the signature bonus therefore appears as a move to avoid accountability,” TIGI, in a strongly worded missive, stated.

TIGI President Dr. Troy Thomas posited, in the statement, “Government has failed to handle matters related to oil with transparency and it appears to have deliberately engaged in deception in relation to the matter of a signature bonus.”

He suggested that Natural Resources Minister, Raphael Trotman, “in particular and the Government in general have done much to drain whatever residual confidence there was in their handling of the oil industry in Guyana.”

The Guyana chapter of the anti-corruption watchdog body has since called the development a catalyst for demanding answers from the Administration, saying, “this verification of the signing bonus and the move to handle it outside of the consolidated fund, must galvanize all Guyanese; whether supporters of the Government or not, into demanding transparency and accountability…There is just too much to lose by standing behind partisan politics.”

The Non-Governmental Organisation said, too, “on top of this discovery that a signing bonus was secured, there are the matters of how it has been and is being handled, and whether this explains the secrecy and falsehood in which it was shrouded.”

Mr. Trotman, on Friday during the close of budget debates, in the National Assembly, conceded that ExxonMobil had indeed made an advance payment to the State, but stressed that it was with the intent to safeguard Guyana.

Finance Secretary Dr Butts, in the diktat dated September 20, 2016, called on the Central Bank Governor to “…arrange for the undermentioned Foreign Currency Account to be opened at Bank of Guyana in order to receive a deposit in the form of a signing bonus to be given by ExxonMobil.” The account would not be treated as part of the Bank’s reserves, “instead the proceeds should be held in the currency of the deposits, that is United States Dollars and invested in secured interest bearing securities.”

Meanwhile, the TIGI President, in his criticism of the Administration’s disregard for probity and accountability, pointed to the public misrepresentations and obfuscations by Government ministers during their months-long refusal to acknowledge a payment was made.

Eminent Chartered Accountant and Attorney-at-law Christopher Ram, in a recent publication, claimed he was reliably informed that Government extracted a US$20 million ‘signature bonus’ from ExxonMobil for the June 27, 2016 renegotiated contract.

Dr. Thomas observed “…there has been a combination of avoidance of the question, silence on the matter and outright contradiction of the assertion by various government officials.” He said the revelation that a signing bonus was indeed negotiated and that the Bank of Guyana was asked in a letter dated September 20, 2016 to create an account to receive, “it is a shock to anticorruption advocates and to Guyana as a whole.”

The anti-corruption watchdog body is adamant, “while they were in the opposition, the APNU and AFC railed against mismanagement of state funds…The APNU-AFC coalition Government is therefore well aware of the law governing the consolidated fund and about what moneys should be deposited there.”