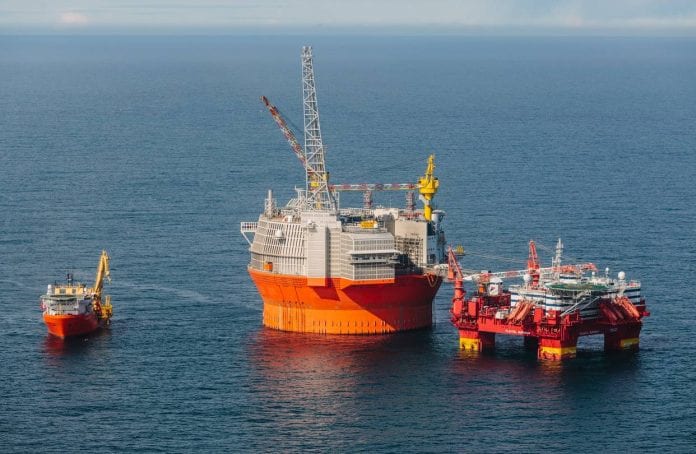 (Oilprice) Norway’s Petroleum Safety Authority said on Friday that it had determined that the order that had required a shutdown of the Goliat oil field in the Barents Sea has been complied with and the field’s operator Eni can bring the field back on stream.

Eni Norge holds a 65-percent stake and acts as operator of the Goliat field, while Norway’s Statoil holds the remaining 35 percent. Production at the field, estimated to hold around 180 million barrels of oil, started in March 2016.

The Petroleum Safety Authority (PSA) ordered in November Eni Norge—the operator of the 100,000-bpd Goliat oil field—to present a plan by December 11 on how it would comply with the regulatory breaches at the Goliat FPSO platform that the authority had identified.

On October 6, the Petroleum Safety Authority (PSA) ordered Eni Norge AS—the Norwegian unit of Italy’s major Eni SpA—to minimize the ignition threat posed by possible faulty Ex motors on the Goliat field, and said that “until the order has been complied with to the PSA’s satisfaction, all production from the Goliat floating production, storage and offloading (FPSO) unit must remain shut down.”

On the basis of the information received from Eni and Statoil at a meeting on December 6, together with the authority’s own verification and overall assessments, the PSA now considers the order as complied with, the safety authority said today.

“This means that the PSA has no objections to production resuming on Goliat,” it added.

Goliat has been offline several times after its start-up. One was in August 2016, when production was offline for a month before it resumed on September 27, 2016. Then production at Goliat had been halted on August 26 due to gas detection in an unwanted area during a planned venting of gas as part of a maintenance operation.

By Tsvetana Paraskova for Oilprice.com

Norway goes to the polls in ‘election thriller’