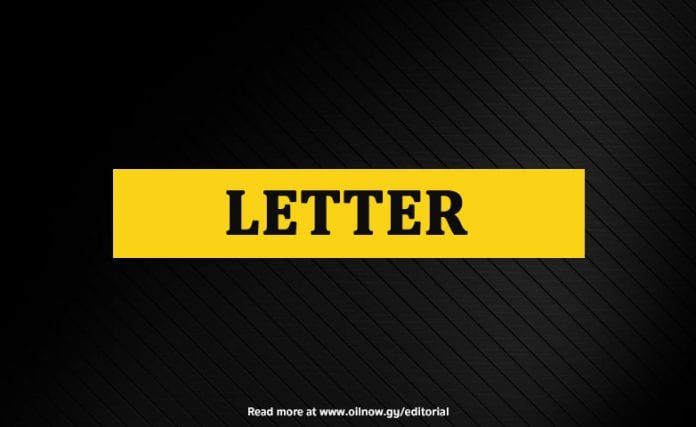 My initial thinking is that the coalition government’s handling, if not bungling of the signing bonus with Exxon Mobil results from inexperience if not incompetence, rather than a desire to be corrupt. Time may perhaps tell. However no one can be blamed, other than the government itself, for the widespread perception that corruption was the intent.

That having been said I am of the view, as has been evidenced by several letters and articles which I have previously written, that no stone should be left unturned in ensuring that Venezuela’s claim to our geographic space, including our maritime boundaries, is finally and permanently settled in Guyana’s favor. I therefore have absolutely no difficulty with the government’s decision to negotiate and use a signing bonus from Exxon Mobil for the purpose of payment of legal fees and funding of heightened diplomatic activity in preparation for mounting our arguments before the International Court of Justice (ICJ).

I am also well aware that there are certain arrangements, especially those with a complex international architecture that for a host of reasons require a certain amount of secrecy, at least for a period of time until public disclosure would have limited negative impact. I want to believe that this signing bonus arrangement is one such case. But here is where I have a problem with the approach of the coalition government and where its inexperience is exposed.

If corruption is not the intent, and I repeat that I don’t think it is, I am of the view that the President should have invited the Leader of the Opposition, the Speaker of the National Assembly, the Auditor General, the Chair of the Guyana Council of Churches and the Chair of the Private Sector Commission to a meeting at which he would have informed them of the impending possibility of the matter of the Venezuela claim going to the ICJ and the need for Guyana to have readily available, in an unencumbered manner, financial resources to meet its bills. His Excellency could then have informed them, having laid out a convincing case of the need for these resources to be used to protect and maintain our territorial integrity and our natural resources, of the negotiation of, and intent to use a signing bonus from Exxon Mobil for the purpose of meeting our expenses. He could also have advised them that because of the complex international architecture of the arrangement, including Exxon’s own problems with Venezuela, that the arrangement had to remain secret for the time being and that he counted on their support on this issue.

Then the President could have gone on to explain to this select group that the funds would be initially deposited in an interest bearing account through the Central Bank (Bank of Guyana) and not deposited into the Consolidated Fund and presented the arguments in support of this. Further, he could have invited the select group to meet with him every quarter for an update on how the funds were being spent, a report that would have been delivered to the group by the Governor of the Bank of Guyana.

Now, according to Christopher Ram some laws may have been broken with this approach and the Constitution even violated. If the approach I have suggested had been used then I have no problem with breaking laws and violating the Constitution in defense of our territorial integrity and the preservation of the vast natural resources therein.

In fact, it would have been nice, if not comedic, to see some ministers of government charged with breaking laws for this purpose and among the defense witnesses are Jagdeo, Eddie Boyer, some priest, pandit or imam et al. I would like to see which Court would punish anyone for the legitimate pursuit of our sovereignty and territorial integrity.