OilNOWLatest News and Information from the Oil and Gas sector in Guyana
More
FeaturedNews
Updated: September 22, 2019 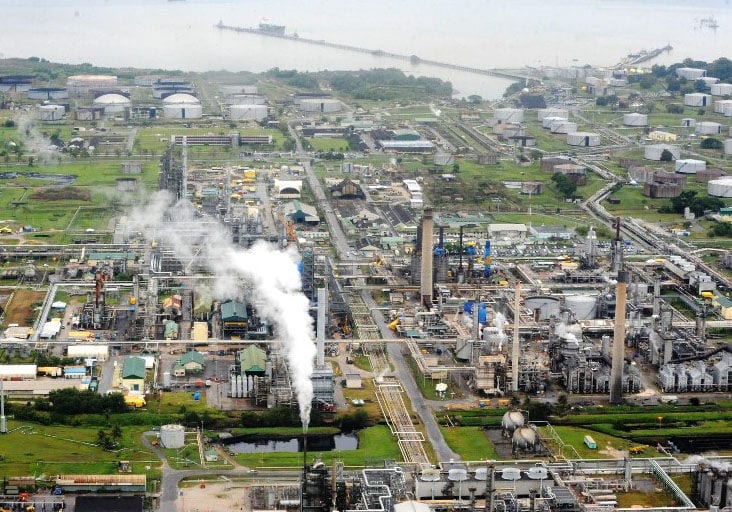 Former Minister of Energy in Trinidad and Tobago Kevin Ramnarine has said that the “country is truly in a state of shock” following the announcement on Friday of the government’s decision to accept the offer of the (Oil Workers Trade Union (OWTU) for both the refinery and Paria Fuel trading.

Trinidad and Tobago’s Minister of Finance Colm Imbert had announced that a company owned by the Oilfield Workers Trade Union (OWTU) had been named the preferred bidder to own and operate the Pointe-a-Pierre refinery – formally owned by Petrotrin – following Cabinet’s green light.

A Loop TT report said that Beowulf offered a US$42 million monthly lease over a 15-year term “while Klesch’s proposal indicated the only payment to Government would be through taxes.”

In a social media post on Saturday, the former minister posed a number of questions he wanted answered regarding the deal.

Chief among the questions were from where the OWTU was sourcing the $700 million and whether the decision to go with Patriotic was a political decision or an economic one.

He inquired also why was there a need for a three-year moratorium on payment and whether the plant and equipment had to be utilized for three years and become depreciated before receiving any money. He also sought to know what the cost of starting the refinery was after it had been down for a year and “neglected since 2015.”

Ramnarine asked how the refinery is going to compete against US refineries which are getting cheap shale gas and cheap crude oil.

He questioned what the role of Trafigura was in the deal, noting that Minister of Finance Colm Imbert mentioned them in his statement on the deal; and whether the refinery will be subject to the same rates of corporation tax that Petrotrin paid and whether energy security will be affected if it was that the company had sole rights to supply the country with fuel.

Meanwhile, the Trinidad and Tobago Opposition had a number of concerns of their own as reported by Trinidad Newsday, chief among them was how it was that the OWTU-owned company was able to finance the asset less than one year after it was formed.

It noted that the OWTU established Patriotic Energies and Technologies Co Ltd in December 2018.

“The minister must explain the Cabinet’s decision to sell the refinery without undertaking any due diligence on the preferred bidder. We also call upon the Minister of Finance to state urgently any and all foreign partners associated with the preferred company,” the publication reported the Opposition as saying.

The Opposition also asked the Government to explain under what circumstances they took the decision “to give away a multi-billion-dollar asset, without the payment of a single dollar to a company that is less than one year old.”