OilNOWLatest News and Information from the Oil and Gas sector in Guyana
More
ExplorationFeaturedNewsRegional
Updated: July 25, 2019 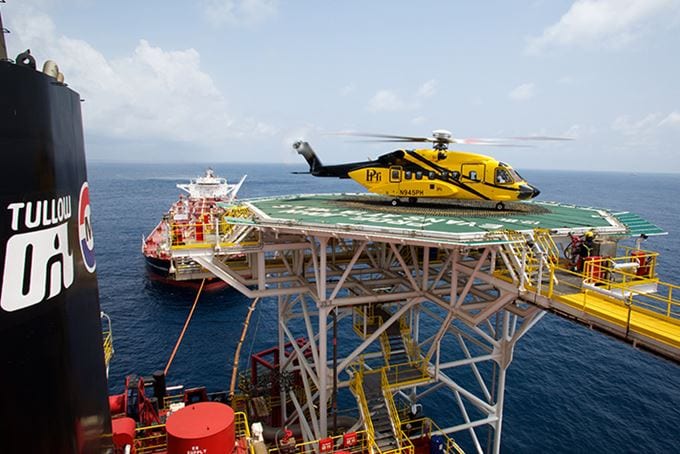 UK-based Tullow Oil and its joint venture partners are gunning for a drill campaign at a Suriname wildcat in 2020. The company said this week that is has interests in three blocks in Suriname; Blocks 54, 62 and 47.

“Following recent meetings, the Joint Venture Partners have chosen to drill the Goliathberg-Voltzberg North prospect in 2020. The prospect lies approximately 260 kilometres off the coast of Suriname, in 1,900 metres of water and is one of a series of leads and prospects on the flank of the Demerara High,” the company said.

Meanwhile in Guyana, Tullow is drilling two consecutive exploration wells in the second half of 2019 on its operated Orinduik licence with the Stena Forth drillship. The first well, which has been spudded, is targeting the Lower Tertiary age Jethro prospect. Drilling is underway with a result expected in the first half of August. The drillship will then move to drill the Upper Tertiary age Joe prospect.

The Rowan EXL II jack-up rig has been contracted to drill the Cretaceous Carapa prospect in the non-operated Kanuku licence. Tullow said this is expected to commence in September with a result expected in the fourth quarter of 2019.