OilNOWLatest News and Information from the Oil and Gas sector in Guyana
More
FeaturedNews
Updated: October 9, 2022 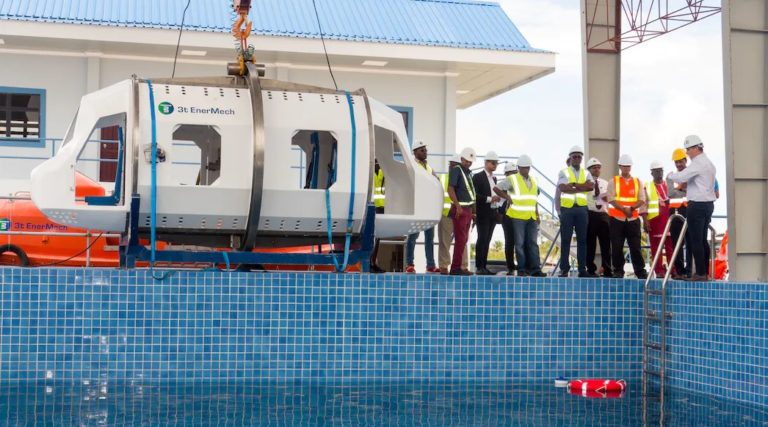 3t EnerMech, one of the companies involved in the upskilling of Guyanese workers, has been named ‘Regional Winner for East Africa and the Rest of the World’ by the Engineering Construction Industry Training Board (ECITB).

The Board celebrates and rewards the very best of the global engineering construction industry. The judging panel looked at several factors when considering the winner including the number of people trained, quality of training, equality and diversity, innovation and ambition, interaction with the ECITB and generally adding value within its markets. 3t EnerMech was acknowledged as the very best in its region.

3t EnerMech will now compete against two others for the overall “ECITB International Training Provider of the Year 2022 Award” which takes place at a glittering ceremony in London on November 2, 2022.

Paul Attrill, Vice President of Sales at 3T EnerMech, said the company is incredibly grateful to the judging panel for awarding it this accolade and recognising its outstanding efforts in delivering training excellence throughout East Africa and the rest of the world.

Attrill said, “Countries such as Mozambique, Angola and Guyana are quickly emerging as leading players in the global oil and gas industry, and we want to ensure these regions are fully prepared by developing a highly-skilled, local, competent and safe workforce ready to progress projects as soon as they are needed.”

He added that the organisation is now looking forward to the finals in London in November “and are keeping everything crossed.”

Established in 2021, 3t EnerMech is a joint venture between integrated solutions specialist provider EnerMech and 3t Energy Group which has several state-of-the-art training centres and drilling systems. Both companies are based in the UK. Their alliance delivers world-leading training and competency solutions.

The organization has already made its mark on the global stage becoming the only ECITB-approved training provider in Angola and Guyana. In fact, it has established a training centre of excellence in the new oil producing South American country. It was able to achieve this milestone via its joint venture partnership with Guyana’s Orinduik Development Incorporated and Windsor Technologies. The Guyana Training Centre of Excellence has been established to support the region’s need to grow its oil and gas talent.

More than US$20 million has been invested into the infrastructure which features its own skills hall, welding, and fabrication shop, rigging and lifting areas, technology suite and a 14-feet deep sea survival pool.

Nine new full-time jobs have been created since its establishment. Those employed include seven Guyanese nationals, with further local hires planned as an integral part of its growth strategy. The partners also plan to introduce class-leading simulation and virtual reality technologies aimed at the rapidly growing offshore operations.