US clout in world oil market grows as exports increase 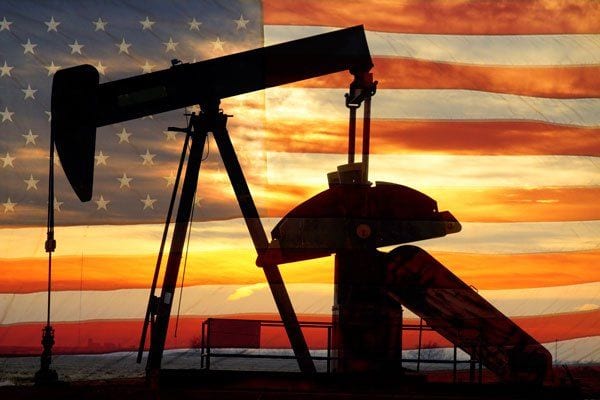 ExxonMobil Guyana and the Iwokrama International Centre have joined forces to provide 10 indigenous communities with cleaning and sanitization...
Read more

US independent Apache Corporation has scooped up the discovery of the year award for its Maka Central-1 oil strike...
Read more
OilNOW
OilNow is an online-based Information and Resource Centre which serves to complement the work of all stakeholders in the oil and gas sector in Guyana.

(CNBC) For two separate weeks recently, the U.S. exported as much oil onto the world market each day as was being pumped in either Nigeria or Venezuela and by several other OPEC countries together.

Those roughly 1.9 million barrels a day are not a minor splash for the global oil market, and they are the equivalent of about one-fifth of U.S. daily oil production.

The extra barrels, about a million more a day than the U.S. exported in the first half of this year, may have been an anomaly due to Hurricane Harvey’s impact several weeks earlier. But they are also a sign of things to come — an even bigger U.S. presence on the world market and an increasing role for U.S. shale as a lever on world oil prices.

That influence is also expected to grow, as U.S. oil production increases and the U.S. is able to send a larger and larger amount of oil and gas production outside its borders. With oil prices at a more comfortable $50-plus per barrel, American oil producers have picked themselves back up after last year’s collapse and are producing at nearly the same pace as 2015, when production hit its recent peak.

Analysts expect production will soon surpass the all-time high of 10 million barrels a day reached in the early 1970s.

“The thinking is really struggling to catch up to the new reality of America’s transformed energy position,” said Daniel Yergin, vice chairman of IHS Markit.

Independence from foreign oil and geopolitical market forces has been a goal that has been set by every president going to back to Gerald Ford, Morse said. In fact, in theory it may have been briefly achieved when U.S. crude exports neared 2 million barrels a day in late September.

“Net U.S. oil imports fell to 2.75 million barrels a day, less than the total volume of imports from Canada, a harbinger of things to come as U.S. production continues to grow, ” he said.

Both he and Yergin said the U.S. for the first time is far less worried about energy security, which goes hand in hand with independence.

“There’s a real turnaround in and a shift away from the focus on energy security, to really trying to understand how geopolitics is being changed by the emergence of the U.S. back as a big time oil and gas producer,” said Yergin.

Yergin said as a result, oil prices have already been less subject to spikes from geopolitical threats than they were previously, due to increased supply and output. “We have a cushion we didn’t have when we were importing 60 percent of our oil. There’s not the same vulnerability.”

By some measures, the U.S. has already become the biggest energy producer. It certainly is the largest producer of natural gas and has increasingly become a bigger exporter, both by pipeline and liquefied natural gas shipments. But it still relies on a large amount of oil imports from Canada and elsewhere.

The rise in U.S. production also changes the dynamics on the world oil market, where OPEC and Russia are working together to keep prices stable. Saudi Arabia turned to Russia when OPEC could no longer control prices, striking a deal to keep 1.8 million barrels a day off the market in an effort to rebalance after crude’s plummet below $30 in February 2016.

But the U.S. oil industry, which is made up of a group of independent public and private companies, continued to pump oil onto an already saturated market until it became too unprofitable. Now that the price is steadier, the outlook is for more U.S. production.

Morse said there’s a new geopolitics of energy evolving among the three largest producers, which produce about 40 percent of total liquids globally. On the oil front, he said Russian and Saudi Arabian efforts to steady oil prices have helped subsidize not just U.S. producers but Canadian and Brazilian producers as well.

Both Russia and Saudi Arabia are heavily reliant on oil revenue. The U.S., however, is far less dependent on the sector, which contributes about 10 percent of GDP, Morse said.

So as the U.S. ups its game, OPEC and Russia are considering extending their agreement to reduce the oil they put on the market.

“OPEC has bought a lifeline in their relationship with Russia, but I think they have a hope in that relationship that U.S. production is going to falter, and that has proven to be wrong in every move they made since 2014, and I don’t see why it’s not wrong today,” said Morse.

“I think they’re going to keep postponing the end of the agreement. The question is how far can they do this, and what the consequences are,” Morse added.

Brazilian state oil company Petrobras says it has begun the decommissioning of the P-12 platform in the Campos Basin...
Read more
News

US independent Apache Corporation has scooped up the discovery of the year award for its Maka Central-1 oil strike off the coast of Suriname,...
Read more
News

ExxonMobil Guyana and the Iwokrama International Centre have joined forces to provide 10 indigenous communities with cleaning and sanitization materials to help them through...
Read more
News

(Reuters) - Oil prices fell on Tuesday, erasing earlier gains, on concerns that the surge in coronavirus cases in the United States, the world’s...
Read more

ExxonMobil Guyana and the Iwokrama International Centre have joined forces to provide 10 indigenous communities with cleaning and sanitization materials to help them through...
Read more

US pledges support to Guyana as country preps for first oil