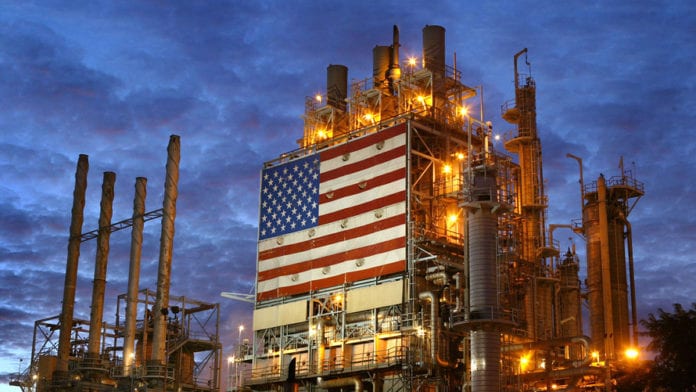 US crude exports could grow from current levels of 2.9 million barrels per day (bpd) to nearly 6 million bpd by 2022, according to a new forecast from Rystad Energy.

“Crude exports will grow on the back of new infrastructure coming online in Corpus Christi, Texas, and as international crude buyers ramp up efforts to diversify their import sources after the attacks on oil facilities in Saudi Arabia and overall rising tensions in the Middle East,” says Paola Rodriguez-Masiu, a senior analyst on Rystad Energy’s oil market team. 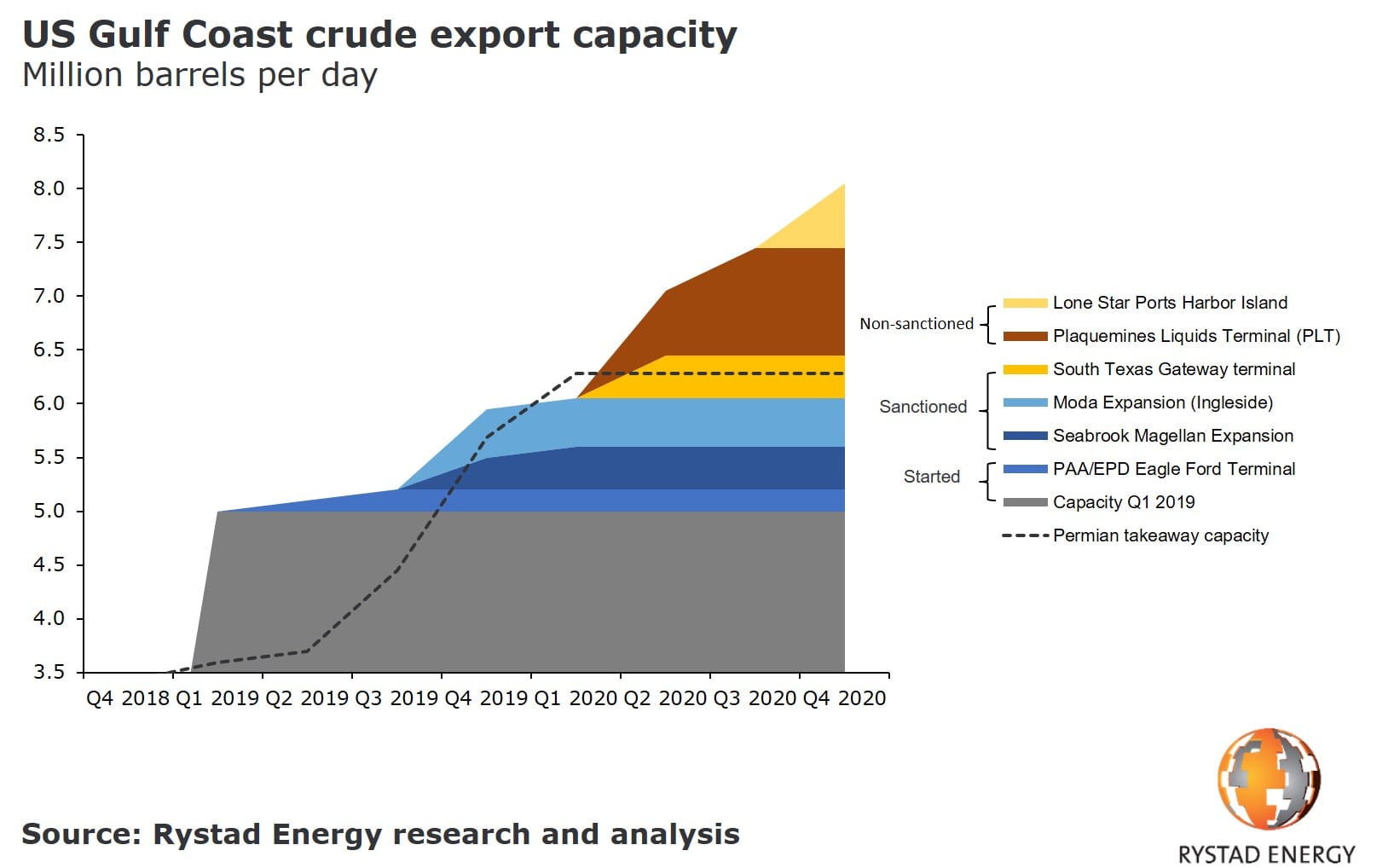 US crude exports slowed significantly in the third quarter of 2019 after reaching a record level of nearly 3.2 million bpd in June 2019. This recent slowdown related in part to the narrowing of the Brent-WTI price spread, along with headwinds from the 5% tariff imposed on US crude by China, the third-largest buyer of American crude year to date. However, Rystad Energy forecasts that crude exports will rebound to an unprecedented 3.7 million bpd during the fourth quarter of 2019 before climbing to even higher levels.

“This surge in crude shipments from the US will be made possible by a flurry of new pipeline and export terminal infrastructure coming online in the coming years,” Rodriguez-Masiu added.

While the US has only one port capable of fully loading very large crude carriers (VLCCs), as much as about 38% of American crude exports are ultimately loaded onto such carriers, as they are the most cost-efficient for long haul destinations. To achieve this, exporters load most of their volumes through a complex, time-consuming, and costly process known as reverse-lightering, which involves small-sized tankers being loaded at onshore ports to subsequently fill bigger tankers off the coast.

Rodriguez-Masiu adds: “In order to reduce the need for expensive reverse-lightering operations, midstream investors have poured resources into deepening the draft of the existing onshore terminals to allow partial loading of VLCCs. But to maximize loading efficiency, deeper ports are neeed offshore that can enable VLCCs to be fully loaded.”

Ban on Venezuelan oil imports to US could unify the chavistas...