US fracking set for biggest monthly decline in history 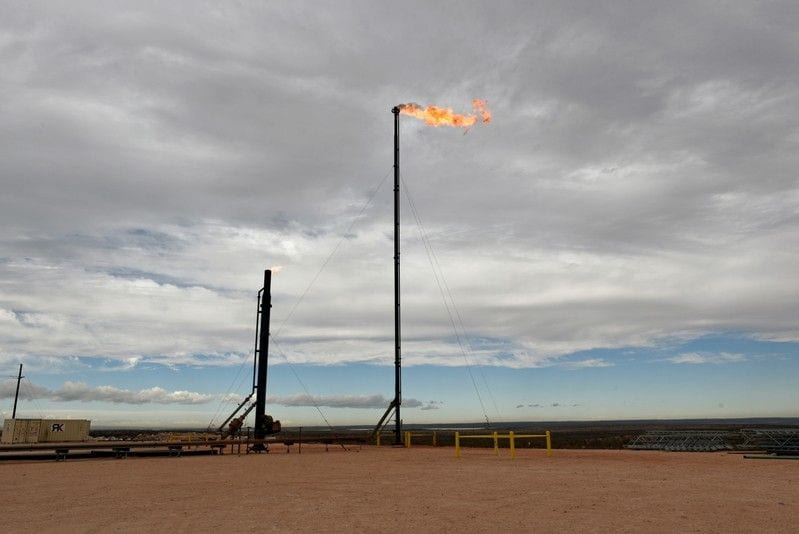 Guyana is being encouraged to harness the decades of experience in the petroleum industry that Canada has to...
Read more

President of the Guyana Manufacturing and Services Association (GMSA) Shyam Nokta believes that now is the time...
Read more
OilNOW
OilNow is an online-based Information and Resource Centre which serves to complement the work of all stakeholders in the oil and gas sector in Guyana.

The Covid-19 pandemic has ravaged global oil demand and, coupled with the extremely low price levels brought on by the wide supply surplus, is likely to cause the largest monthly drop in fracking activity ever recorded in the US, a Rystad Energy analysis shows.

“We estimate that the total number of started frac operations will end up below 300 wells in April 2020; close to 200 in the Permian and less than 50 wells each in Bakken and Eagle Ford, Rystad Energy said. “This translates into a 60% decline in started frac operations between the peak level seen in January to February 2020 and April 2020, as the majority of public and private operators implement widespread frac holidays.”

In March Rystad Energy said it observed an extreme 30% monthly decline in the number of started frac jobs in these three major oil basins, a fall from 807 in February to just 550. Also, nationwide fracking activity, on a completed jobs basis, might have already declined by around 20% in March 2020, according to its estimates.

“With such a rapid decline in fracking already visible, very little activity will be happening in the oil basins during the remainder of the second quarter of 2020. The natural base production decline, which we have seen as an absolute floor for production, therefore becomes an increasingly relevant production scenario,” says Rystad Energy Head of Shale Research Artem Abramov.

Rystad Energy said if it assumes that no new horizontal wells are put on production from April 2020 onwards, total LTO production will decline by 1 million barrels per day (bpd) by May, 2 million bpd by July and by 3 million bpd by October to November, with the Permian Basin accounting for more than half of nationwide base decline.

US light oil operators, which are now announcing voluntary production curtailments, will try to deliver on these cuts as much as possible from the natural production decline, as opposed to shut-ins of producing wells (though some of the marginal, least economic volumes are being shut in, too).

The magnitude of the base decline for US LTO sounds extreme in the context of what is seen for other supply sources globally. But ironically, the steep decline is actually too late to save prices; despite the oversupply issue, standard operation patterns prevent operators from simply turning the faucet off. These days Permian wells require about two months from the moment frac operations start until they produce first oil and require about three months before they reach peak output.

Hence, the decline in started jobs which began in March will result in a lower number of wells put on production in May, which ultimately will lead to a drop in peak production in June if normal operational patterns are maintained, Rystad Energy said.

“On the demand and storage side, the market is already moving through its toughest challenge yet, and the WTI front-month sell-off emphasized how broken the physical market might be already. We are therefore concerned that significant production shut-ins will be required in the next few weeks to bring the market into the balance in a brutal manner,“ adds Abramov.

In addition to its standard analysis of frac activity, Rystad Energy said based on incomplete FracFocus reporting in recent months and empirical reporting delay adjustment factors, it is now rolling out a brand new way of filling the gaps left by official reporting. “We have begun using satellite data to systematically monitor more than 40,000 permitted and drilled locations across the US, continuously identifying the presence of any activity taking place.”

Rystad Energy said its methodology is based on monitoring the equipment intensity on each pad or permitted location and then analyzing the evolution of this intensity over time to identify the main pre-production activities in each well life cycle, from pre-spud to main drilling and fracking.

Guyana’s Minister of Natural Resources, Vickram Bharrat, told Members of Parliament on Tuesday that the Department of...
Read more
News

The unprecedented success rate for discoveries that ExxonMobil has had offshore Guyana since 2015 is being attributed to proprietary seismic data and...
Read more
News

U.S. Secretary of State Michael R. Pompeo’s visit to the new oil producing country of Guyana will see the signing of a Memorandum of...
Read more