OilNOWLatest News and Information from the Oil and Gas sector in Guyana
More
FeaturedNews
Updated: September 14, 2019 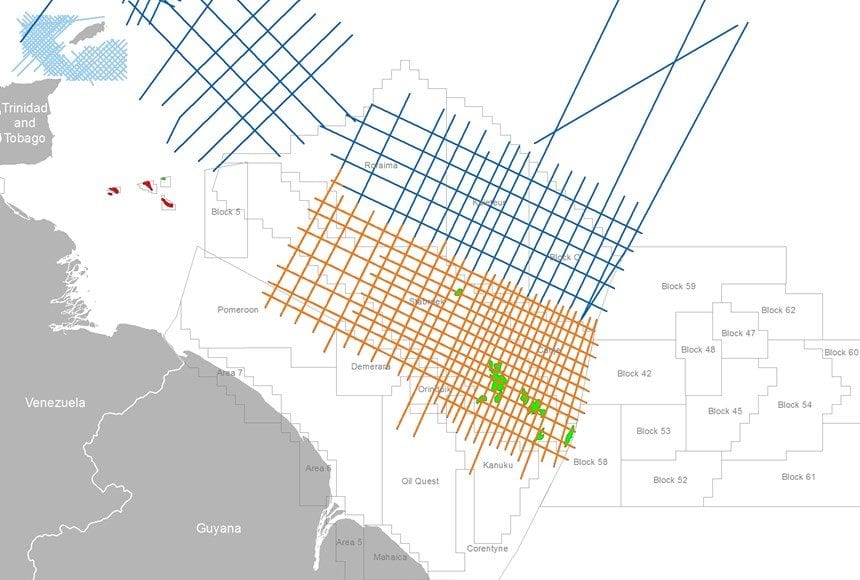 The US Geological Survey (USGS) is looking to reassess its estimated petroleum reserves in the Guyana-Suriname basin which could see its previous estimate of 13.6 billion barrels of oil and 32 trillion cubic feet of natural gas, increasing.

Thirty-one geologic provinces were assessed in the previous USGS study published in 2000, which represented at the time, a complete re-assessment of the South America−Caribbean region.

Since that time, a series of world class discoveries made by US oil major ExxonMobil off the coast of Guyana has amounted to more than 6 billion barrels of oil equivalent as well as large volumes of gas.

“The whole area appears to be characterized by excellent quality reservoirs” in deep and also shallow waters, Tullow CEO Paul McDade said in a recent conference call, speaking chiefly of Guyana. “This should lead to relatively standard kind of … development options in the event of discoveries.”

Tullow, which announced the Jethro-Lobe discovery on the Orinduik block in early August, has quickly followed it with Joe and is expected to announce results from this prospect soon. After that comes Carapa, a Repsol-operated Guyana well planned on the Kanuku block to the south, in September.

S&P Global Platts said Jethro, which contains about 100 million recoverable barrels of oil equivalent and is situated in the northeast corner of Orinduik, bordering Stabroek, is the first rival find in a region that appears abundant with crude even though Suriname has yet to prove itself as oil-saturated as its neighbor.

Tullow’s McDade said further exploration is contemplated next year across Orinduik and Carapa.

Other wells are also in progress or will be soon.