OilNOWLatest News and Information from the Oil and Gas sector in Guyana
More
FeaturedNewsRegional
Updated: May 8, 2017 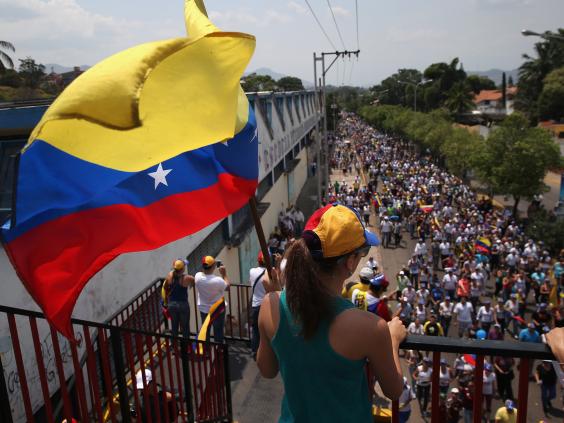 (Bloomberg) — Venezuela would be hit from two directions if the U.S. were ever to impose oil-related sanctions against the South American nation where at least 30 have died in anti-government protests in the past month. American drivers may pay more at the pump as well.

Speculation about possible new U.S. sanctions has increased because of President Nicolas Maduro’s announced plan to rewrite the constitution. America is the biggest buyer of Venezuelan crude, and Citgo Petroleum Corp., the U.S.-based refiner controlled by Petroleos de Venezuela SA, takes the largest share of those imports, according to analysis of U.S. government data compiled by Bloomberg.

If Citgo can’t buy from its parent company because of sanctions, it would be forced to pay more on the spot market, said Mara Roberts, a New York-based analyst for BMI Research.

“PDVSA’s reliance on the U.S. market has put it in an extraordinarily difficult position,” Roberts said. “An embargo would cripple its revenues to an even greater extent, which would be terrible news in the run-up to another large debt payment in the fourth quarter.”

An embargo would force Venezuela to redirect its crude shipments in longer hauls to Asia, adding to costs and reducing profit, said Andy Lipow, president of Lipow Oil Associates in Houston. The embargo would hurt the U.S. as well, as refiners would need to bring crude from farther away.

“In the end, those imports from Saudi Arabia and other Arabian Gulf suppliers like Kuwait and Iraq into the U.S. would come at a higher cost to U.S. refiners, which would pass them through to gasoline and diesel prices,” he says. “The consumer would definitely have to pay more.”

Petroleos de Venezuela SA has $3.7 billion in debt due this year, according to data compiled by Bloomberg. The company has been struggling to pay creditors amid falling crude oil production and after benchmark Brent oil prices fell 56% in the past three years.