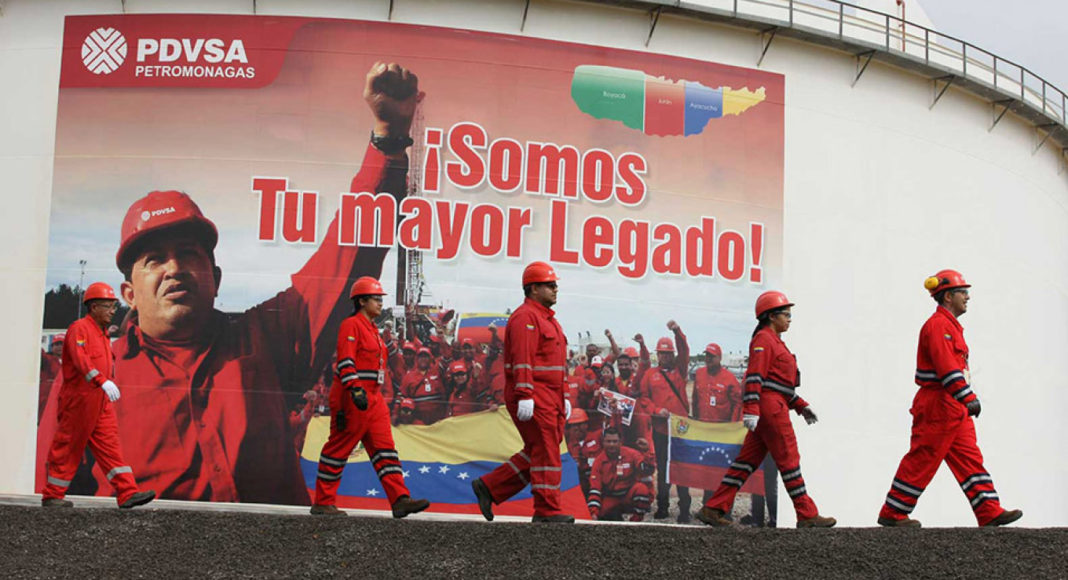 Venezuela’s oilfields produced 687,000 barrels of crude last Saturday, up from 653,000 barrels on Friday but below the 718,000 barrels per day (bpd) the country said it produced in March, according to documents seen by Reuters on Monday.

According to Reuters, a string of wildfires has recently hit storage tanks and pumping stations in the belt, forcing some producing areas to temporarily halt output.

Last week, a fire struck the Morichal operating center, which collects crude from multiple wells in the Orinoco belt. Because of the fire damage, the facility could not to pump the oil to its next destination, prompting a storage tank to overflow over the weekend, according to five people familiar with the incident and a video seen by Reuters.

Reuters said PDVSA did not respond to a request for comment. Chevron deferred comment to PDVSA. Neither Repsol nor CNPC immediately responded to requests for comment.

Venezuela’s oil output has dropped by over 20% so far this year amid U.S. sanctions on PDVSA and its main customers, part of an effort to oust socialist President Nicolas Maduro. Exports also declined in March to their lowest level in seven months, leading to a rise in domestic inventories.

But the combination of lower crude output and higher exports last month allowed PDVSA to reduce its mounting inventories. Some 35.8 million barrels were in storage in Venezuela as of the end of April, about 2 million barrels below a month earlier, according to market intelligence firm Kpler.

Reuters said Venezuela’s eastern region, whose light oilfields are mostly operated solely by PDVSA, was relatively steady, producing 154,600 barrels on Saturday and 162,700 barrels on Friday, compared with 157,100 on April 11.

18 million barrels of Venezuelan oil stuck at sea under cloud...