Venezuela is secretly exporting millions of barrels of oil 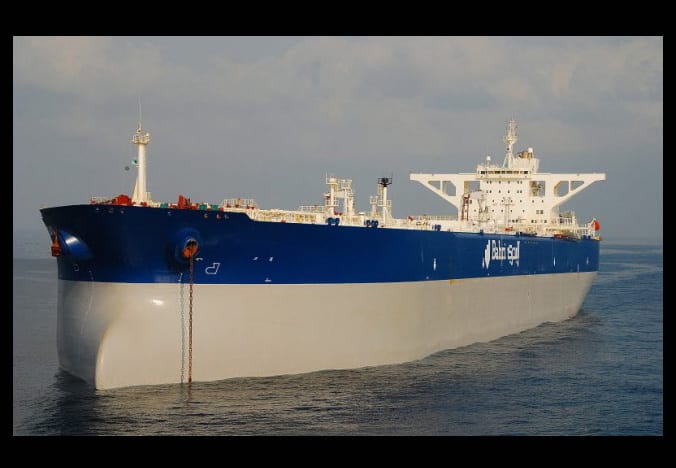 Newly elected President of Guyana, Dr. Irfaan Ali, says he will be looking to ensure that robust systems are...
Read more

Guyanese breathed a sigh of relief on Sunday when it became apparent that a five-month long ordeal that saw...
Read more

Guyana’s positive economic outlook even in face of the coronavirus pandemic is based on the development of several billion...
Read more
OilNOW
OilNow is an online-based Information and Resource Centre which serves to complement the work of all stakeholders in the oil and gas sector in Guyana.

(Bloomberg) — The Dragon, a massive oil tanker flying the Liberian flag, is supposed to be floating somewhere off the coast of France, according to its last GPS signal.

Instead, it’s currently thousands of miles away in Venezuela where, under contract for the Russian state-oil giant Rosneft Oil Co PJSC, it loaded 2 million barrels of oil, according to data compiled by Bloomberg and shipping reports. How’s that possible? Because the ship’s transponders were turned off before it slipped into Venezuelan waters, the data shows.

The practice of oil tankers turning off their location signals has increased in the past month, according to shipping data, after the U.S. went after a Chinese-owned shipping company it said was moving crude for sanctioned Iran. The U.S. is seeking to squeeze the Nicolas Maduro government in Venezuela by starving it of oil revenue. But more and more tankers appear to be using the technique to avoid penalties, helping give a boost to Venezuelan crude output that has plummeted since the U.S. imposed sanctions.

Venezuela loaded 10.86 million barrels of crude oil in the first 11 days of November, more than double the volume in the same period last month. About half of those barrels were loaded onto ships that had turned off their transponders, which later delivered cargoes to China and India, data compiled by Bloomberg show.

Dynacom Tankers Management Ltd., the manager for the Dragon, said in an emailed statement that “since January 2019 none of the vessels under our management ever entered into any contract with any U.S. sanctioned entity, nor have they ever violated any U.S sanction either related to Venezuela or otherwise.” The company didn’t comment on why the signal for the Dragon has been off for the past three weeks or confirm if the vessel was docked in the South American country.

Rosneft, meanwhile, said in an emailed statement that it and its subsidiary RTSA “didn’t charter vessels in this logistic chain.” Its operations involving Venezuela “are based on contracts reached long before sanctions and fully comply with all the rules of international law.” The statement didn’t specifically address the use of transponders.

While it’s possible that transponders, known as Automatic Identification Systems, can go offline, they are typically not out for long. The practice of hiding ships carrying oil isn’t new, and can be done for competitive purposes or for other reasons. Iran, another OPEC member sanctioned by the U.S. government, also uses dark ships to export its oil.

The U.S. recently targeted Chinese oil-importers and shippers such as Zhuhai Zhenrong Co. and a unit of COSCO Shipping Corp. for allegedly handling Iranian crude. Zhuhai and COSCO routinely operate their vessels with the signal turned on, ship-tracking data shows.

Earlier this year Venezuela masked deliveries to Cuba by renaming sanctioned vessels and turning off the satellite tracking system, according to shipping data. The Trump administration wants to cut off the supply of oil to the Caribbean country because it helps to pay for intelligence, defense and security assistance to Maduro, the U.S. Treasury Department said.

Going dark became more common after companies including Unipec, the trading arm of China’s state-owned oil giant Sinopec, banned the use of oil tankers that have operated in Venezuelan ports over the previous 12 months.

While Unipec made an official addendum to its charter contracts, others informally avoid ships that have Venezuela as the last port of call, according to people with knowledge of situation.

— With assistance by Olga Tanas

Newly elected President of Guyana, Dr. Irfaan Ali, says he will be looking to ensure that robust systems are in place for the management...
Read more
News

Guyanese breathed a sigh of relief on Sunday when it became apparent that a five-month long ordeal that saw no end to the March...
Read more
News

(Reuters) – BP cut its dividend for the first time in a decade after a record $6.7 billion second quarter loss when the coronavirus...
Read more

Newly elected President of Guyana, Dr. Irfaan Ali, says he will be looking to ensure that robust systems are in place for the management...
Read more

Guyanese breathed a sigh of relief on Sunday when it became apparent that a five-month long ordeal that saw no end to the March...
Read more