OilNOWLatest News and Information from the Oil and Gas sector in Guyana
More
FeaturedNewsRegional
Updated: June 22, 2020

Venezuela maintains ICJ has no jurisdiction in border case with Guyana 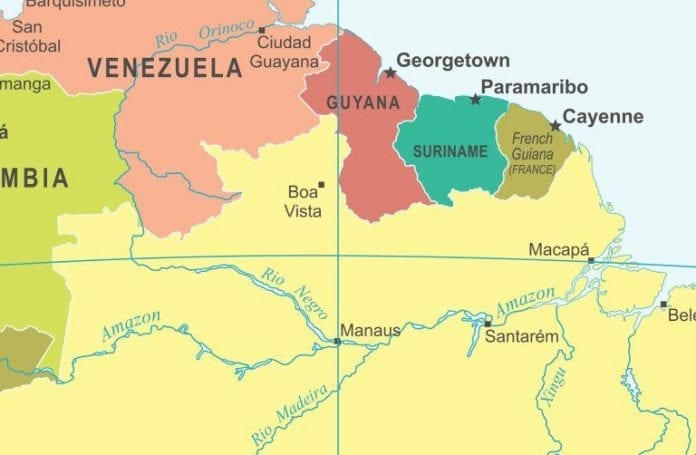 Just days before the International Court of Justice is set to open public hearings on the question of its jurisdiction in the case concerning the Arbitral Award of October 3, 1899 (Guyana v. Venezuela), the Bolivarian Republic  is maintaining that it does not recognize the court’s jurisdiction.

In a Communique dated June 20, 2020, the Venezuelan government said the ICJ’s decision to hold the hearing on June 30, despite the COVID-19 pandemic, is ‘unprecedented’ since it does not correspond to a new generally applicable practice, whereas up to now it has not been applied to other cases that are before the court, that are either older, or in a situation of urgency or pressing need.

The Communique pointed out that Venezuelan President Nicolas Maduro has “…affirmed that the unilateral action of Guyana manifestly lacked legal foundation to support the jurisdiction of the Court, and so Venezuela decided, in exercise of its sovereignty, not to appear before the Court for these proceedings.”

The Venezuelan government said its position not to attend the Court “has been concretised on the basis that it lacks jurisdiction over the “so called” request by Guyana, in a proceeding that is not accommodated in any provision of the Statute, due to the lack of consent from Venezuela.”

Guyana’s Foreign Secretary, Carl Greenidge has said based on Venezuela’s refusal to participate in the case on grounds that the ICJ lacks jurisdiction to hear it, the Court, in keeping with the process via which the matters coming to it have to be processed, required the two countries to provide their arguments on jurisdiction, as a first step. Following this, the Court will decide on whether it has jurisdiction to hear the case.

“Guyana submitted its arguments on jurisdiction to the Court on the stipulated date and, even though the Court established a date for the submission of counter arguments from Venezuela on the issue, no submission was forthcoming. The Court then took the decision to go ahead with the case, always leaving the door open for Venezuela to join the proceedings,” Mr. Greenidge pointed out.

For more than six decades, Venezuela had consistently respected and recognized the validity and binding force of an 1899 ruling and 1905 map agreed to by both sides in furtherance of the Award which settled the land border between the two countries.

Venezuela had only changed its position formally in 1962, as the United kingdom was making final preparations for the independence of British Guiana and had threatened to not recognize the new state or its boundaries unless the United Kingdom set aside the 1899 Award and to cede to Venezuela all of the Territory West of the Essequibo river amounting to some two thirds of Guyana’s Territory.

Guyana is therefore calling on the ICJ to confirm the legal validity and binding effect of the 1899 Arbitral Award regarding the boundary it has with Venezuela.

The controversy further intensified after US oil major ExxonMobil discovered large quantities of oil off the Guyana coast back in 2015.

The ICJ will open public hearings on the matter of its jurisdiction on Tuesday June 30, 2020 at 2 p.m. at the Peace Palace in The Hague, the seat of the Court.