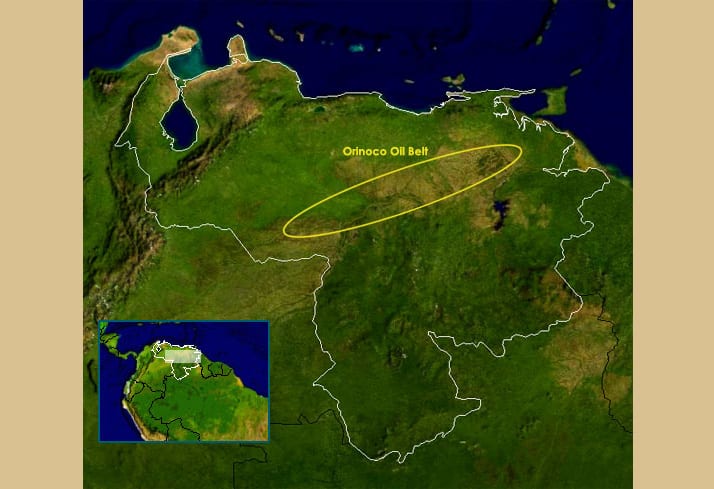 Crude production in Venezuela’s Orinoco belt plummeted to 169,800 b/d on Tuesday from 764,100 b/d at the beginning of April. This represents the combined crude production of Venezuela state PDVSA and its foreign partners, S&P Global Platts said in a May 14 report.

The decline is due to a lack of tankers to carry exports, according to a company technical report seen by S&P Global Platts.

According to the report, production of Orinoco blend crude has been shut in at three upgraders operated by PDVSA and its partners: the 190,000 b/d Petropiar upgrader with Chevron, the 120,000 b/d Petromonagas with Rosneft and the 202,000 b/d Petrocedeno with Total and Equinor. PDVSA’s wholly owned 120,000 b/d Petro San Felix upgrader is out of service indefinitely.

On Monday, PDVSA and Total/Equinor shut its production of extra-heavy crude in the Petrocedeno Block in Junin Field.

According to another technical report, the Sinovensa mixing plant (PDVSA 60%, CNPC 40%), which produces Merey 16 crude, continues to operate at 159,900 b/d, while the Indovenezolana JV (PDVSA 60%, ONGC Videsh 40%) continues to produce 9,900 b/d of extra-heavy crude in one of the 11 blocks of the Junin Field.

Venezuela’s oil production climbed roughly 40,000 b/d to 780,000 b/d in April after power outages reduced output in March. However, many oil facilities are still impaired and production remains well below its recent peak. Production has fallen from 1.9 million b/d in October 2017.

PDVSA has continued to sell oil and buy products on the global market, but is facing severe challenges due to US sanctions imposed in January.

“The US sanctions have impacted the international market and have increased the cost of freight to Venezuela, the availability of shipowners to provide such services and the final cost of the products, placing PDVSA in an unfavorable and weak negotiating position,” a recent PDVSA tender report said.

The US sanctions serve as a de facto ban on US imports of Venezuelan crude and an immediate ban on US exports of diluent to Venezuela. The sanctions require any payment for crude from PDVSA to be deposited into blocked accounts within the US. The funds would ultimately be transferred to a new Venezuelan government, led on an interim basis by Juan Guaido if and when Nicolas Maduro relinquishes power. On February 1, the US Treasury also gave non-US companies three months to wind down transactions with PDVSA that involve the US financial system, essentially prohibiting sales of PDVSA crude and products in dollars.

Venezuela will head to ICJ for border controversy case with Guyana