OilNOWLatest News and Information from the Oil and Gas sector in Guyana
More
FeaturedNewsRegional
Updated: January 18, 2022

Venezuela production hit 750,000 b/d in December but growth may not be sustainable 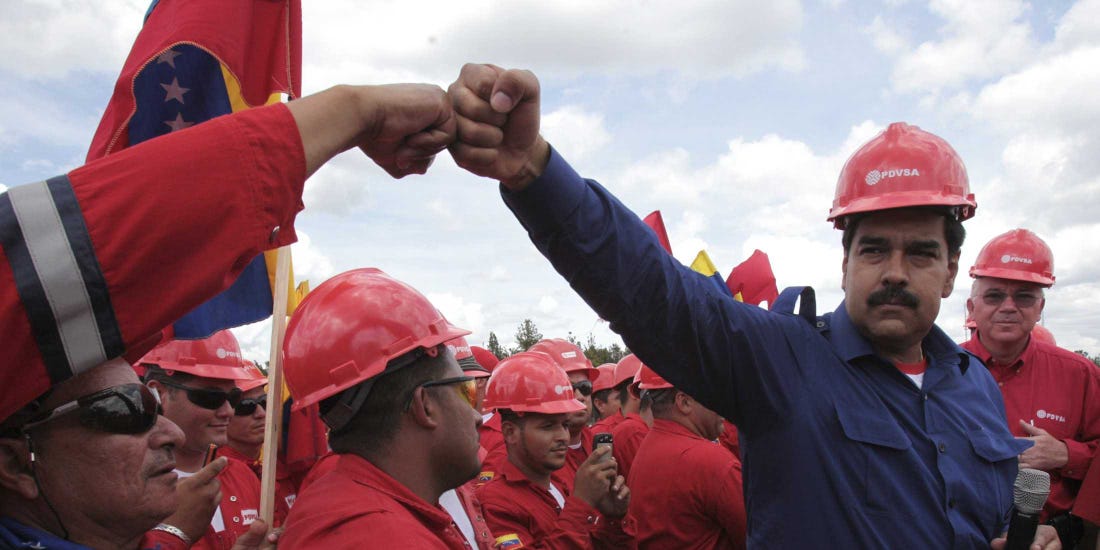 According to the survey, Venezuela had the largest increase in the month, as imports of Iranian condensate gave it a significant boost to operations in its Orinoco Belt, where its ultraheavy crude requires diluent to extract.

Still subject to US sanctions restricting its oil sales, Venezuela produced 750,000 b/d in December, the survey found, its highest since February 2020.

State-owned producer PDVSA has reportedly been resorting to desperate tactics to increase production from historic lows.

According to a December 8 article from Bloomberg, a motley crew of obscure drillers has achieved a feat few thought possible: doubling the country’s crude production in the space of a year, thereby putting President Nicolas Maduro’s goal of 1 million barrels a day within reach.

“PDVSA has built new partnerships allowing it to increase production,” Antero Alvarado, a managing partner at consulting firm Gas Energy Latin America, was quoted by Bloomberg as saying. The cash-strapped company “is also paying service companies. All this amid high oil prices, sanctions and traditional partners unable to collect debts from PDVSA.”

Analysts say Venezuela can regain its position as one of the largest crude oil producers and exporters before 2030. But to achieve this, the country must transit a tortuous path in which US sanctions are decisive and the geopolitical situation ̶ including the region’s relationship with China and Russia ̶ also plays a role.

No major U.S. oil sanctions relief for Venezuela expected from its elections

According to oil expert Carlos Mendoza Pottellá, investors would only risk pumping in money and facing US sanctions if Venezuela offered guarantees and extremely favorable incentives that would allow them to recover their funds quickly and make a profit for at least five years in a row.

Factors complicating the outlook for any US sanctions relief include the breakdown of Mexico-hosted talks between the government and opposition, the US extradition of Maduro ally Alex Saab, and Venezuela’s ongoing oil trades with fellow sanctioned oil producer Iran.

S&P Global Platts Analytics expects Venezuelan oil production to remain capped around 600,000 b/d through next year as a result of the US keeping most sanctions in place.