OilNOWLatest News and Information from the Oil and Gas sector in Guyana
More
FeaturedNewsRegional
Updated: April 14, 2021 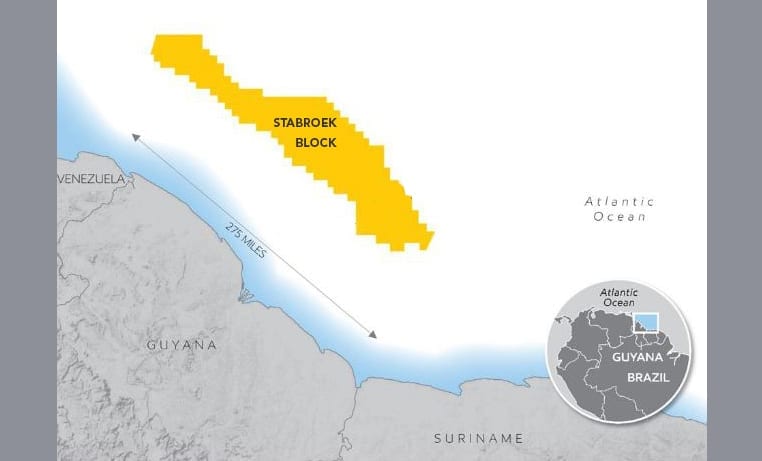 The emergence of the oil industry has unequivocally refashioned Guyana’s geopolitical importance. But every rise to stardom in the petroleum world will bring its fair share of challenges. In Guyana’s case, the issue of great concern remains Venezuela. The moment Guyana announced that it had struck oil back in 2015, this South American neighbour engaged in several acts of aggression, with the most recent incident occurring in early March. The Spanish speaking nation took its provocation to new heights when two of its fighter jets were seen passing over Eteringbang, located at the Guyana-Venezuela border, at a threatening 1,500 feet altitude.

In spite of these acts, Advisor on Borders, Carl Greenidge recently said that it is highly unlikely that Venezuela would dare think to block Guyana from developing its oil resources since it would be affecting more than just the new oil producing State. Greenidge was alluding to the fact that Venezuela would have to contend with American multinational corporations operating in the oil-rich waters off Guyana’s coast.

Nevertheless, the Bahamas flag-carrying vessel Ramform Tethys was intercepted by the Venezuelan navy at 10.30 hours on December 22, 2018 in the northwestern section of the Stabroek block while conducting seismic operations for ExxonMobil. The vessel was intercepted in the exclusive economic zone and continental shelf of Guyana at a position of N 09 deg 17.19 min / W 058 deg 16.20 min at an approximate distance of 140 km from the nearest point to the provisional equidistant line with Venezuela. At the time, the U.S. Department of State said Guyana has the sovereign right to explore resources off its coastline.

During his participation on local radio show Guyana’s Oil and You on Tuesday, Greenidge said, “The fact is that whatever Venezuela does, the resources are there, and they would have to do something pretty extreme to block the use of those resources. And since such blockage is likely to affect more than Guyana, it would have to think many, many times before taking that step.” Be that as it may, Greenidge acknowledged that the situation is one which does leave the country exposed. He was keen to note that Guyana will need to have an intelligent foreign policy which deepens its diplomatic ties while neutralizing its most dangerous threats.

The Advisor on Borders said, “It is like everyday life. At a personal level, if you are visibly well off or you possess the potential to be well off then it attracts all kinds of attention from those who are simply envious or even those who may try to steal the resources from you, and we will face that.”

Greenidge added, “…But the whole objective of a foreign policy for States like Guyana is to ensure that it manages its business in such a way that it balances the threats it faces, or let me put it another way, it neutralizes the most dangerous threats that it faces.”

As Guyana continues to remodel its foreign policy given its oil producer status, Greenidge said it would be imperative that the country brands itself in such a way that it is a desirable friend of the international community.

“…People have to feel Guyana is a friend…you can’t be a member of the international community and sit quietly and expect that when you have a problem people must come running to assist you. An intelligent foreign policy is critical to protecting ourselves against neighbours who have an incentive to be disruptive or aggressive like Venezuela,” the former Foreign Affairs Minister noted.

With regard to Guyana’s case against Venezuela in the International Court of Justice, Greenidge who serves as the Agent, reminded that the court had concluded in December 2020 that it has jurisdiction to hear the complaint. The case will be heard in 2022 and will see Guyana begin with the presentation of its memorial. Greenidge said this will occur next year February while adding that Venezuela has until the year after, 2023, to respond to what Guyana presented to the court. Following this, the court will consider the merits of the said claims and decide whether the validity of the 1899 Arbitral Award and the border between the two States should be confirmed.

Under the United Nations Charter and the Court’s own rules, its final judgments both on jurisdiction and the merits will be legally binding on Guyana and Venezuela, whether or not Venezuela participates in the proceedings.

Along with Agent for Guyana, Mr. Carl B. Greenidge, Guyana’s Co-Agents are Sir Shridat Ramphal, and Mrs Audrey Jardine-Waddell.