OilNOWLatest News and Information from the Oil and Gas sector in Guyana
More
FeaturedNewsRegional
Updated: June 5, 2021 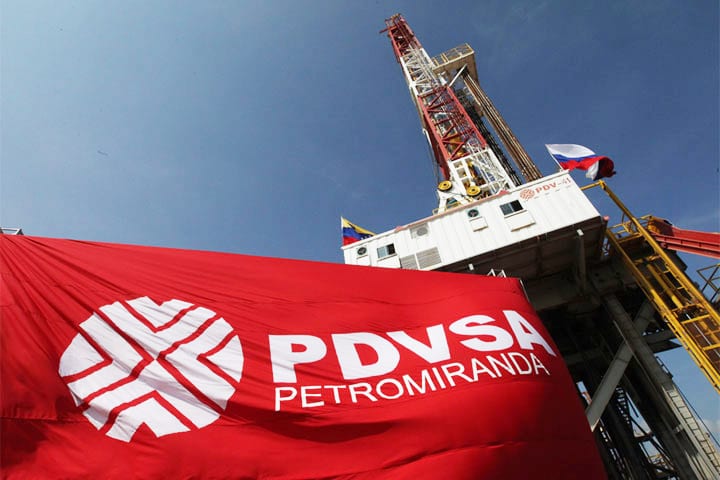 (Reuters) Venezuelan state oil company PDVSA is turning to local partners as it seeks to plug the gap left by Western companies in the OPEC nation’s oil sector, according to interviews with a half dozen industry sources, as U.S. companies win a reprieve to maintain a limited presence in the South American country.

U.S. President Joe Biden’s administration on Tuesday extended for six months a measure allowing Chevron Corp, Halliburton Co and others to remain despite sanctions on PDVSA implemented by the Trump administration in 2019 to try to oust President Nicolas Maduro.

In the more than two years since, crude output has tumbled by nearly two-thirds to less than 500,000 barrels per day (bpd). U.S. and European firms have scaled down their presence to comply with the restrictions or out of fear of possible punishment.

But according to industry sources and several internal PDVSA documents, Venezuela is adjusting by ramping up partnerships with small, local companies to stave off a further freefall and maintain output at reduced levels.

PDVSA is making a broad effort to delegate more tasks to local contractors under new business models that have broken with decades of socialist orthodoxy.

“The situation in the oil sector is so dire that there is low-hanging fruit,” said Raul Gallegos, director at consultancy Control Risks focusing on the Andean region. “The regime is trying to take advantage of those opportunities with business people who don’t mind engaging with the government under the current sanctions.”

Neither PDVSA nor Venezuela’s oil ministry responded to requests for comment. The U.S. Treasury Department, which enforces sanctions, declined to comment. A State Department spokesperson said the administration “continues to assess its approach to the Venezuela sanctions program.”

The new deals allow private companies to finance projects themselves and to be paid with crude oil. While local firms lack the capacity of multinationals, the new models are attractive after years of late payments.

PDVSA has signed 16 such new alliances to boost output, according to a person with knowledge of the matter.

“PDVSA is much reduced, but it has adjusted,” said Antero Alvarado, managing partner at consultancy Gas Energy Latin America in Caracas.

The renewal of Chevron’s license on Tuesday was the first granted by the Biden administration. Former President Donald Trump renewed it several times, out of concern the company’s departure could allow Russian and Chinese rivals to take its assets. An April 2020 modification barred Chevron from drilling.

In the year since that decision, output at Chevron’s main projects has plummeted. The Petroboscan joint venture in western Venezuela, 40% owned by Chevron, has been largely offline for the past year. Petropiar, an Orinoco belt project 30% owned by Chevron, was producing 50,000 bpd as of mid-May, down from 80,000 bpd last August, according to PDVSA documents seen by Reuters.

“If Chevron is forced to leave Venezuela, non-U.S. companies will fill the void and oil production will continue,” Chevron spokesperson Ray Fohr said ahead of the license renewal.

The sanctions have also dissuaded non-U.S. firms from working with PDVSA.

A consortium of Japanese companies including Mitsubishi Corporation, Inpex Corp and JOGMEC recently decided to leave the Petroindependencia joint venture in the Orinoco belt, in which it had a 5% stake, two people familiar with the matter said.

That could put Chevron, which owns 34% of the venture, in a tight spot, since the consortium’s shares are set to be distributed to the venture’s remaining partners unless they decline, according to the project’s contract, reviewed by Reuters.

Chevron’s renewed license still only permits transactions and activities that are “necessary to the limited maintenance of essential operations” that were in effect before July 26, 2019.

Furthermore, Royal Dutch Shell in late 2019 left a partnership to reduce gas flaring in Monagas state due to payment problems linked to sanctions, two people with knowledge of the matter said. Local services company Vepica took over the project, the people said.