OilNOWLatest News and Information from the Oil and Gas sector in Guyana
More
FeaturedOpinions
Updated: March 13, 2022

Why oil “does spoil” – Guyana’s role in global energy security 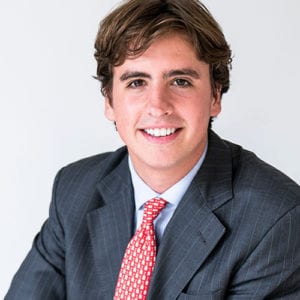 AMI analysis shows that over 50% of the oil produced in the world takes place within authoritarian regimes. Russia and Saudi Arabia alone account for over 20% of global oil production. They are joined by countries such as Venezuela, Iran, and China— economies blessed with resources but cursed with dictatorial leaders. On March 8, 2022, the UK and U.S. announced a ban on the importation of Russian oil. How does the world continue to grow while limiting its dependence on autocratic regimes? Two solutions are proposed.

First, energy companies, investors, and shareholders must avoid investing in new projects within these countries. They should begin divesting from autocratic nations and accelerate investment in democracies. Guyana and Suriname, two democratic countries that have discovered more than 10% of the world’s conventional oil since 2015, are prime candidates. Guyana, in specific, is expected to go from “first oil” to 1.2 million barrels per day (bpd) in a dozen years. For the U.S., it took almost 60 (granted that technologies in the 19th century were far less advanced). Accelerated development in the Guyana-Suriname basin will ensure energy security for the wider region and the western world.

Currently, the Guyanese Environmental Protection Agency (EPA) is evaluating the approval of the Yellowtail project, a U$8.6-billion-dollar field with 67 wells and a production capacity of 250,000 bpd. Some local critics claim that “oil don’t spoil” and that development is happening too fast. But, in a time of tight oil supply, growing energy demand, and concerning geopolitical risks, Guyana can serve as a cleaner, reliable source of oil and gas. As global oil demand is unlikely to peak until 2030, Guyana’s high-quality discoveries are well positioned to partially substitute the world’s dependency on autocratic regimes. Guyana should capitalize on this investor appetite by building its local capacity and incentivizing further exploration and production.

Beyond the role of providing energy security, financially speaking, money is worth more today than in the future. This is especially true when inflation hits multi-decade highs and interest rates continue to rise. Having prompt access to this money will allow Guyana to develop the foundations that will sustain a rapidly growing economy.

Nevertheless, Guyana must spend its revenues strategically, transparently, and intelligently. The monies must be used to build better schools and hospitals. They must be used to fund innovative R & D and local startups. And the government must be held accountable by independent oversight bodies. The previously mentioned autocracies have shown how oil money can be used to empower tyrannical individuals and weaken institutions.

The second point, which should be done in parallel with the above, is accelerating investment in climate change adaptation and low-carbon projects. The latest Intergovernmental Panel on Climate Change (IPCC) report states that over 3 billion people, roughly 40% of the world’s population, is “highly vulnerable” to climate change. To decrease that threat, adapting and changing certain behaviors through government policy and incentives, will help. In the same vein, additional green energy generation will reduce emissions in the power sector and promote greater energy independence (every nation has access to the sun and the wind). Developing more robust energy storage systems and long-distance “super-grids” will also mitigate energy shortages during times of crisis (e.g., war, drought).

Perhaps most importantly, the electrification of transportation will greatly reduce the global reliance on fossil fuels. Becoming more energy efficient, by improving insulation, investing in more efficient heat pumps, and using smart thermostats, will ensure a cleaner and less demanding grid. The world can also replace Russian supplies with gas sources from other nations. Germany, who depends on Russia for over a third of its gas supply, has already announced plans to build import LNG terminals, increase renewable energy generation, improve its gas reserves and extend the livelihood of nuclear plants.

The Russian invasion has reiterated the vulnerability of the global energy system, exposing the world’s fragility when it comes to energy supply. Some may even blame renewable energy for its inability to ratchet production rapidly. But this crisis should serve as a reminder to decarbonize quicker, not slower. Developing independent sources of energy, especially those that are low carbon and accessible to all, is a way to counteract that risk.

If history is to repeat itself, Putin’s egomaniac aggression may incentivize countries to focus inwards as they seek to protect themselves from outside attacks. They may look to strengthen their militaries, limit technological cooperation, and pursue nationalistic policies. But governments and the public should fight that urge. They should see this as an opportunity to solidify the idea that peace only exists in unity, and that self-isolation breeds dissent, violence and in extreme cases, war. More international collaboration on global issues, from climate change to human rights violations, is the way forward. War may serve as the catalyst for that.

Arthur Deakin is co-director of AMI’s energy practice, where he oversees projects in solar, wind, biomass, and hydrogen power, as well as energy storage, oil & gas and electric vehicles. Arthur has led close to 50 Latin American energy market studies since 2017 and has project experience in over 20 jurisdictions in the Americas. He has also written and published over 20 articles related to the energy sector.