OilNOWLatest News and Information from the Oil and Gas sector in Guyana
More
FeaturedNewsProduction
Updated: January 14, 2021 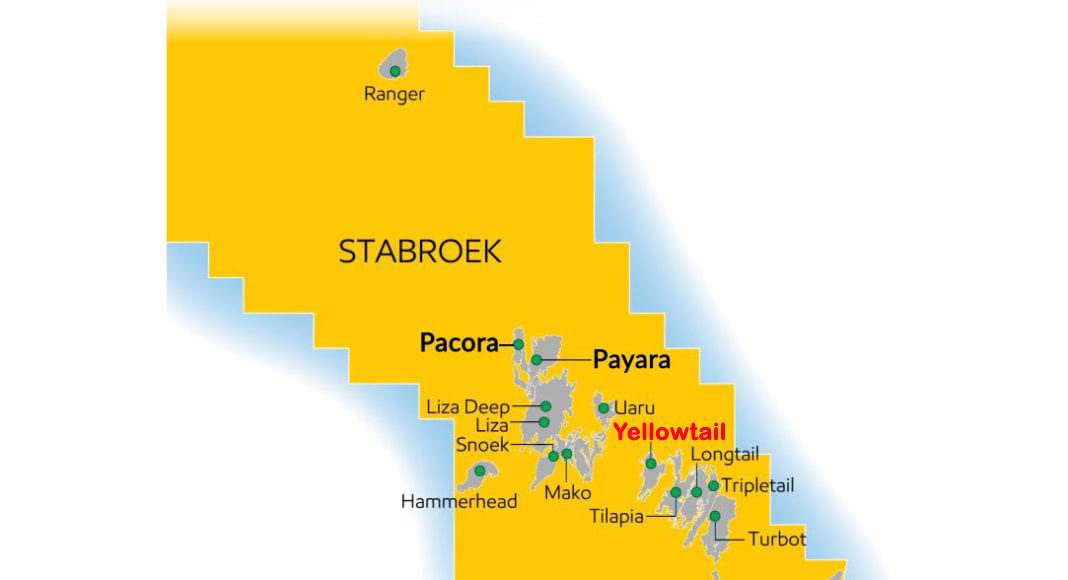 Due to the significant recoverable resources discovered at the Yellowtail field, IHS Markit estimates that total cash flow will amount to almost US$10B when ExxonMobil and co-venturers Hess and CNOCC move to develop the area.

IHS, a global leader in information, analytics, and solutions for major industries and markets, made this known via its latest outlook on the commerciality and productivity of the field. Isaac Nuti, Senior Analyst at the company who led the review, was keen to note that Yellowtail compares well with other sanctioned projects offshore Latin America while adding that his team expects it to be developed with a standalone leased floating production storage and offloading vessel (FPSO).

Further to this, Nuti said that the massive estimate for Yellowtail and other surrounding fields like Tilapia and Longtail will require at least three FPSOs to fully recover all the oil found. The analyst said, “We believe Yellowtail will be producing in 2025 and being efficiently developed with 30 production wells, 10 gas injection wells and 14 water injection wells. Based on this analysis we expect a breakeven for this project to be under US$29 per barrel placing the Net Present Value (NPV) over US$2.4B and further adding to the value of the exciting area.”

Already one field – Liza Phase 1 – is under development in Guyana and two more projects – Liza Phase 2 and Payara – have been sanctioned and are set to come online in 2022 and 2024. Breakevens for the first 3 developments are in the range of $25 to $35 per barrel Brent.

Nuti also stated that this valuation is competitive with the Payara project which is currently being developed following the final investment decision that was reached last year. Expounding further, Nuti stated that the Internal Rate of Return (IRR) for Payara is approximately 18 percent while it is 20 percent for Yellowtail. He said it therefore means that Yellowtail compares well with other sanctioned projects in offshore Latin America.

Chief Executive Officer (CEO) of Hess Corporation, John Hess, noted last year that the Yellowtail-1 and 2 discoveries will support ExxonMobil’s plans for the project that would follow Payara, both of which will produce 220,000 barrels of oil per day. The is in addition to the 120,000 bpd Liza Phase 1 and 220,000 bpd Liza Phase 2 developments.