OilNOWLatest News and Information from the Oil and Gas sector in Guyana
More
FeaturedNews
Updated: April 11, 2022 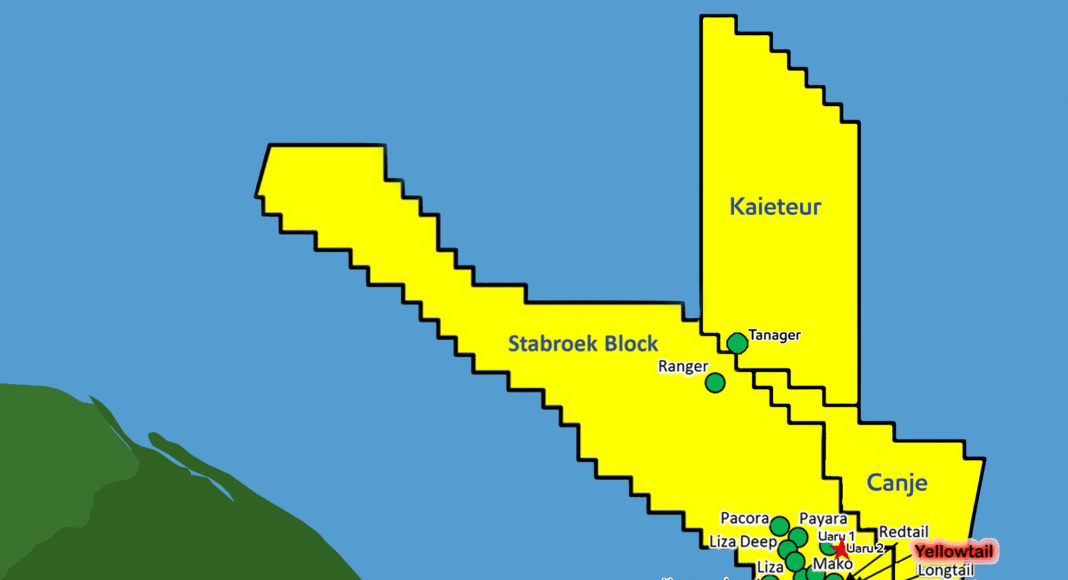 When compared to the other permits issued for the Liza Phase 1, 2 and Payara Projects in the Stabroek Block, the Yellowtail Environment Permit is armed with the most superior provisions for insurance and oil spill prevention and management.

Making this firm assertion was Head of the Environmental Protection Agency (EPA) Kemraj Parsram, along with the agency’s Head of the Oil and Gas Department, Joel Gravesande, and its Legal Officer, Frances Carryl.

During a panel discussion on the provisions of the permit on local radio programme, Guyana’s Oil and You, Parsram stressed that the Yellowtail Permit demands that certain safety mechanisms are in place to prevent an incident of an unmitigated oil spill. These mechanisms include the use of a blowout preventer (BOP) as well as having in place, a capping stack which is a requirement that is not included in the other permits. BOPs are already being used in the exploration and production activities offshore, as part of normal operations.

If both of these robust safety mechanisms fail, and an unmitigated oil spill occurs, the EPA head said there is rigid provision in place in the permit which provides for financial assurance. Parsram explained that the permit provides for a declaration from ExxonMobil’s affiliate, Esso Exploration and Production Guyana Limited (EEPGL) for self-insurance while reminding that the company’s assets as of 2020 total more than US$5B. Parsram further noted that the next layer of fiscal protection is the actual insurance policy.

“Let me say this, for every exploration activity out there EEPGL has to provide an insurance policy. And this totals US$600M. So, each project such as those 12 wells being pursued for Kaieteur and Canje, each well programme is covered by US$600M insurance policy,” expressed the EPA head.

In the case of Yellowtail, the chief environmental regulator said EEPGL has provided a policy that is a maximum of an aggregate totalling US$4B.

The EPA Head said, “But let me explain what it means; in the construction phase there is something called, Construction All Risk and there is a Per Occurrence value totaling US$750M; so anytime there is an incident and there is loss or damage to equipment they can claim this. Then there is a key thing in insurance that deals with the oil spill aspect, and this is referred to as third party liability and operator extra expenses.

“Third party liability is at US$100M and this covers compensation for any affected parties, any legal fees and what not. Operator extra expenses deals with having well control… and that is to the tune of US$500M. So, that aspect is a total of US$600M and this is what is in the Yellowtail Permit, and it is similar to Liza 1, and Liza 2.”

Should EEPGL or its co-venturers default on their self-insurance, the Yellowtail Permit, like the Liza 2 and Payara Permit, demands a guarantee from the parent company ExxonMobil, that fully indemnifies the Government of Guyana.

The EPA Head said Exxon has proposed US$2B to cover what cannot be handled by EEPGL in the event of an oil spill. He noted however that the company has been asked to explain how it arrived at this figure for a worst-case scenario. Based on what is provided, Parsram said the EPA will decide if that proposed sum would be accepted.

“So, we have a draft document on this from them. We as the regulator are working with them and questioning what makes sense and what doesn’t and laying out what we expect… But we are holding off until we are comfortable…I am not saying US$2B would not be accepted but you cannot come up with a figure out of the air; you have to show me how you arrived at that figure…,” explained the EPA Head.

Earlier this month, ExxonMobil Guyana President, Alistair Routledge had said that EEPGL is working with the EPA and its co-venturers Hess and CNOOC, to put in place a combined US$2B package of affiliate company guarantees. Routledge was keen to note that this value exceeds equivalent guarantees required by regulators in Canada, the United States, and the United Kingdom.

He had also assured that EEPGL which signed the Stabroek Block Production Sharing Agreement (PSA) as the designated Operator for the oil-rich concession, has insurance coverage that meets international industry standards for all of its petroleum activities in Guyana.

The Exxon official had said too that in Guyana, his company adheres to an internationally accepted, tiered response system used to determine the requirements of response personnel and equipment. He said this system remains aligned with the principles of the International Convention on Oil Pollution Preparedness, Response and Cooperation (OPRC), the Caribbean Island Oil Pollution Preparedness Response and Cooperation (OPRC), and the National Oil Spill Response Plan of Guyana to provide an efficient framework to build preparedness and response capabilities matching the oil spill risks from all types of operations.