OilNOWLatest News and Information from the Oil and Gas sector in Guyana
More
News
Updated: January 21, 2018 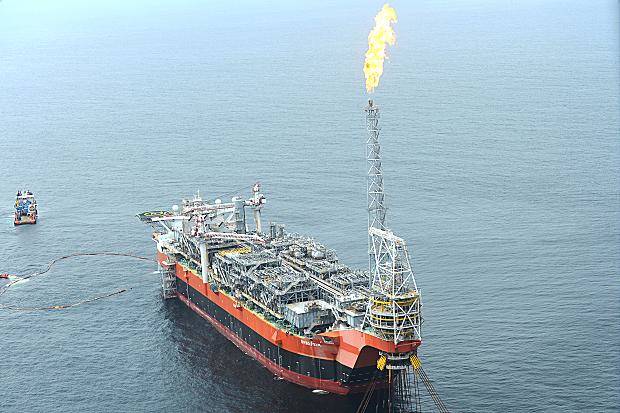 (The Guardian) Nigeria’S oil and gas industry is set to record another milestone as the $3.3 billion Floating Production Storage Offloading (FPSO) vessel for the 200,000 barrels per day capacity Egina deep water oilfield will arrive Nigeria from South Korea on Tuesday.

The FPSO, which was built by Samsung Heavy Industries (SHI), sailed away from the quay side at Samsung Yard in Geoje, South Korea, on October 31, 2017, on its long anticipated journey to Nigeria, which was initially estimated to last for 90 days.

It is gathered that when it arrives at the Samsung Yard (SHI-MCI FZE quayside) in Lagos on Tuesday, the FPSO, which is currently offshore Angola, will be integrated locally before it sails away to the deep offshore oil field.

Located at the Oil Mining Lease (OML) 130 offshore, the Egina oilfield, which will add 200,000 barrels per day of crude oil to Nigeria’s daily production when it comes on stream by the end of 2018, is being developed by Total Upstream Nigeria Limited (TUPNL) at the cost of $16 billion. Of the $16 billion capital expenditure for the six packages in the oilfield development, $3.3 billion is earmarked for building the FPSO.

Speaking to journalists yesterday, Chief Financial Officer of SHI-MCI, Mr. Jin Su Park stated that the FPSO would arrive Nigeria by 7a.m on January 23, 2017. He noted that despite the numerous challenges that confronted SHI in the construction of the yard, the South Korean firm has successfully completed the yard, which is the first FPSO fabrication and integration yard in Africa.

According to him, Samsung Heavy Industries invested $300 million in the yard and achieved 777 days without Loss Time Injury (LTI) on January 19, being yesterday. Park stated that SHI owns 70 per cent stake in a joint venture with LADOL, which owns 30 per cent stake. He added that of the 18 modules in the Egina FPSO, six modules were fabricated in the SHI-MCI yard, which represents 30 per cent of the entire FPSO. Park also disclosed that the fabrication of the yard’s 5,000 tonnes-capacity crane, which is the biggest in Africa, was completed in October 2017. Park decried what he described as exorbitant rental fees paid by Samsung for the project, saying the high fees hamper the ease of doing business in the country.

Total awarded the FPSO contract to SHI in 2014 after the Korean firm emerged the winner, following a rigorous tendering process.
Meanwhile, the NNPC is eyeing huge investment from oil discovery in Sokoto, saying this would enable it attract massive investments to the industry and boost the nation’s revenue, Group Managing Director of the corporation, Maikanti Baru, said yesterday.

Speaking at a regional technology-sharing workshop on hydrocarbon potentials of the Sokoto Basin held in Sokoto, Baru said, the corporation was also eyeing job creation for the citizenry.

NNPC Kaduna Zonal Manager, Aliyu Ja’afaru, who represented the GMD said the inland basins exploration was also in line with the goal of fulfilling the presidential mandate of increasing Nigeria’s oil and gas reserves. He called for the support of stakeholders to ensure the mandate becomes reality. Baru also urged local and international investors to acquire oil blocks in the Sokoto Basin.

Baru added that the purchase of aeromagnetic data from the Nigerian Geological Survey Agency (NGSA), which has since been interpreted to determine the sediment thickness and basin configuration is part of the significant progress on the Sokoto Basin.

He further stated that geological mapping was ongoing by catchment universities, among which are: Usmanu Danfodio University (UDUS) and Ibrahim Badamasi Babangida University, Lapai (IBBUL), even as Integrated Data Services Limited (IDSL-NNPC) and its partner, Pioneer-Alfa Petroleum Services (PPS) are mobilizing to carry out surface geochemistry sampling; gas-micro-seepage analysis, acquire ground gravity and magnetics data in the area.