OilNOWLatest News and Information from the Oil and Gas sector in Guyana
More
NewsProduction
Updated: January 31, 2023

Exxon wrapped up Guyana operations in 2022 with 11.5 million barrels in December 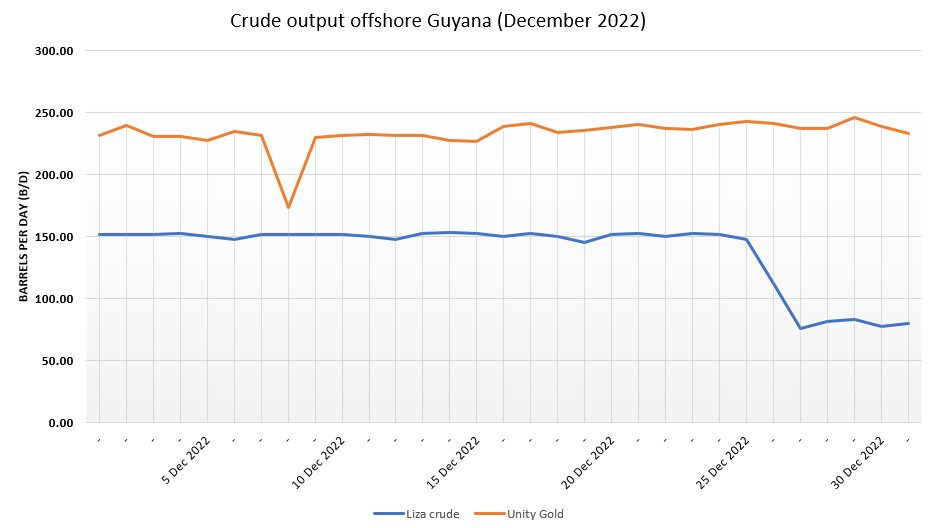 The oil and gas sector delivered better than expected performance, with the government estimating a 124.8% expansion over 2021, during which 4.7 million barrels were produced from the lone Liza Phase 1 project.

Consistent production at capacity is expected for the Liza projects in 2023. The Prosperity FPSO will also join the Liza vessels in the Stabroek Block and will ramp up to capacity in the second half of 2023. This will take Guyana’s output to 580,000 bpd. Government expects there to be 500 one-million-barrel lifts from average full year production of 374,000 bpd. The sector is projected to grow 35.6% in 2023.

ExxonMobil has a 45% operating stake in the Stabroek Block, while Hess and CNOOC hold 30% and 25% respectively.