OilNOWLatest News and Information from the Oil and Gas sector in Guyana
More
News
Updated: April 26, 2018 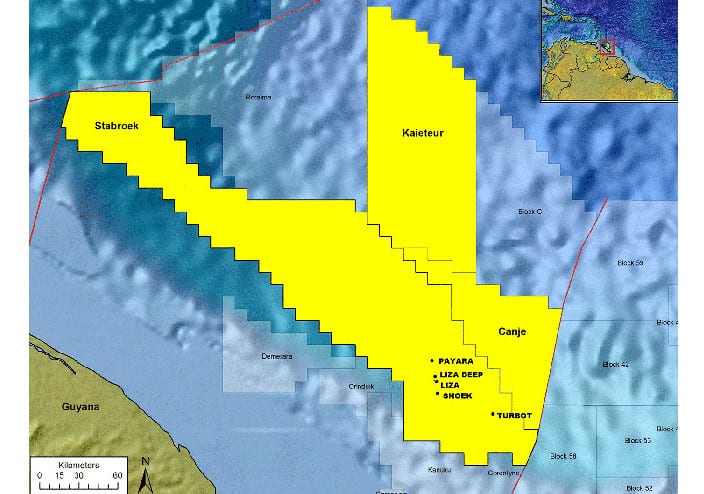 Hess Corporation (NYSE: HES) said on Thursday that its subsidiary, Hess Guyana (Block B) Exploration Limited, had reached agreement with Esso Exploration and Production Guyana Limited (ExxonMobil) to acquire a 15 percent participating interest in the Kaieteur Block, offshore Guyana. The Cooperative Republic of Guyana has provided Hess and ExxonMobil an instrument detailing the transfer of interest, which has been completed.

“Our interest in the Kaieteur block extends our company’s already significant acreage position in the prolific Guyana-Suriname Basin, which has delivered seven world class oil discoveries to date,” said CEO John Hess. “We look forward to working with our partners and the Government of Guyana to evaluate the potential of this highly prospective acreage.”

Significantly, the Kaieteur Block lies in the same geological basin as the Stabroek Block, where total recoverable resources of more than 3.2 billion barrels of oil equivalent have been discovered to date. Hess has a 30 percent working interest in the Stabroek Block.