OilNOWLatest News and Information from the Oil and Gas sector in Guyana
More
News
Updated: October 25, 2017 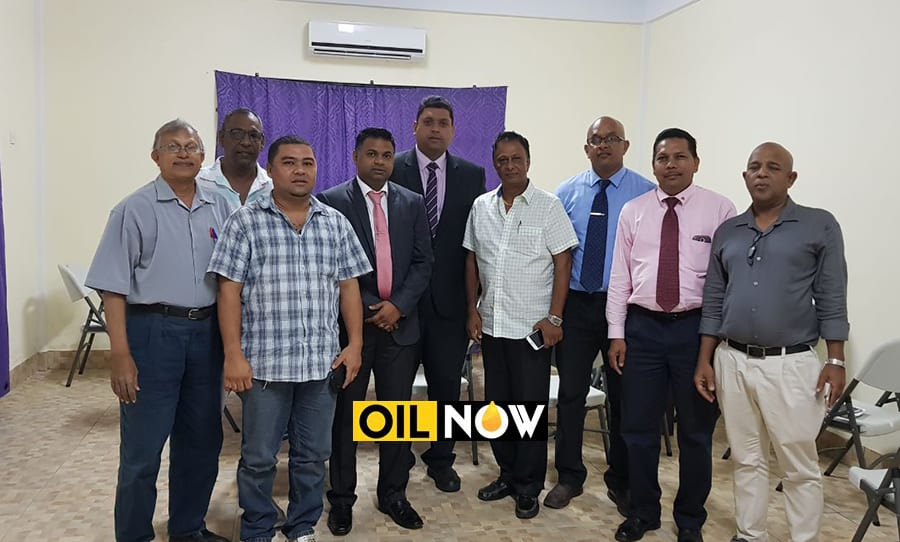 The Georgetown Chamber of Commerce and Industry’s (GCCI) three-day public lecture series on “Oil & Gas Sector Development and the draft Petroleum Commission Bill” began on Monday in the mining town of Linden, Region 10, then took place at Corentyne, Region 6, Guyana, on Tuesday.

GCCI President, Deodat Indar, told OilNOW on Wednesday that common at both locations was the lack of knowledge among members of the business community and public, about the draft Petroleum Commission Bill and preparations for the country’s emerging oil and gas industry.

“What we discovered in both Linden and Berbice is that most of the representatives present did not know much about the draft Petroleum Commission Bill and the oil and gas development as well,” he said.

GCCI, in a press statement said the interaction in Region 10, which was facilitated by the Linden Chamber of Industry, Commerce and Development, was attended by over 30 businessmen and saw fruitful and lively discussion on matters relating to the oil and gas sector.

Speakers, Kevin Ramnarine, Former Minister of Energy (Trinidad & Tobago) and GCCI President, Deodat Indar, briefed the Linden businessmen on a wide range of topics including improvements necessary to the draft Petroleum Commission Bill, how Lindeners can get involved in the emerging oil and gas sector by making themselves competitive, and opportunities available for training with organizations such as ExxonMobil’s Centre for Local Business Development.

The lecture series concludes on Wednesday with public discussions scheduled to be held in Guyana’s capital, Georgetown, and in Region 3.