OilNOWLatest News and Information from the Oil and Gas sector in Guyana
More
News
Updated: January 30, 2018 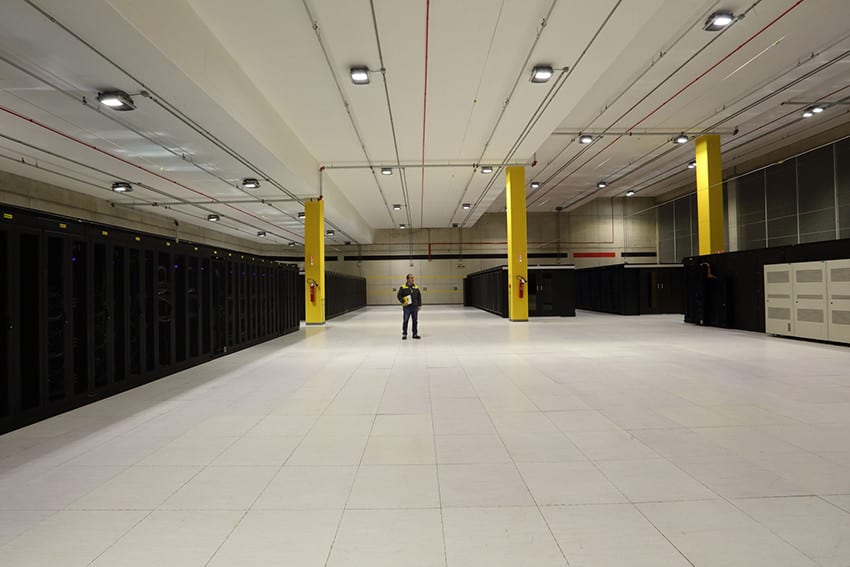 Big Oil is now Big Tech. So big, in fact, that Eni SpA’s new supercomputer is the size of a soccer field.

In the multi-million dollar pursuit of the world’s most powerful computers, the Italian explorer says it’s taken the lead. Its new machine, located outside Milan, will scan for oil and gas reservoirs deep below the Earth over thousands of miles.

“This is where the company’s heart is, where we hold our most delicate data and proprietary technology,” Eni Chief Executive Officer Claudio Descalzi said in an interview on Thursday.

Gone are the days when technicians relied on paper printouts from sound waves sent deep underground to hunt for resources. With oil’s crash, companies stepped up efforts to boost efficiency with technology: BP Plc and Total SA both splashed out on supercomputers in recent years. While the investments are steep, they are dwarfed by the cost of drilling wells in the wrong place, and save time too.

“The time for analysis for exploration prospects these days, using current supercomputing power, is weeks,” said Jason Kenney, an analyst at Banco Santander SA in London. It took “months a few years ago, and many, many months a decade ago.”

The costs involved in designing and assembling a supercomputer can range from $50 million to $250 million, with several million more needed every year to run it. Developers are targeting a new generation of machines which may bring future costs to as much as $500 million per computer.

Eni spent about $25 million upgrading its system, Descalzi said. It can now process data from drones used in exploration and from sensors attached to staff working in dangerous conditions. The so-called HPC4 machine is the only non-governmental and non-institutional computer among the world’s top 10 most powerful, according to TOP 500, a ranking website.

The machine’s peak performance will be 18.6 petaflops, which indicates computing speed. A single-petaflop computer can process 1,000 trillion calculations per second. BP said in December it had doubled its supercomputer’s processing speed to 9 petaflops, or as much as half a million iPhones, while Total in 2016 introduced a 6.7-petaflop machine called Pangea.