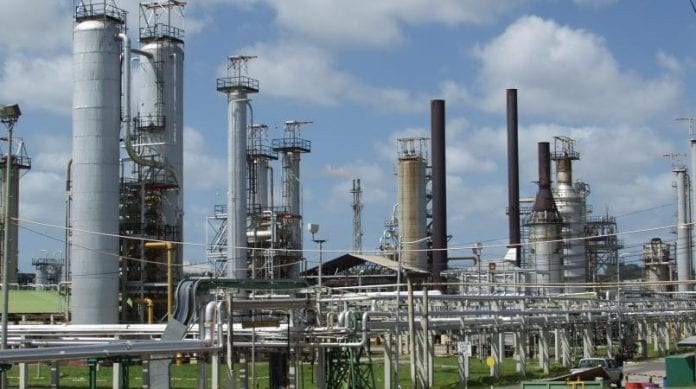 News outlets reported that Khan was speaking at a press conference on Sunday when he described Petrotrin’s future as “the most fundamental issue the country faces in terms of our economic fortunes or lack thereof,” noting that if Petrotrin is not handled properly, “it could bankrupt this country. It is as serious as that,” Khan said.

He further explained that if the company cannot pay its debt it will need a government guarantee, “which will throw all our indicators way off course, our debt to equity all these things. And then our repayment schedule, our debt servicing. It is unimaginable the dire consequences if not managed properly.”

He accused successive governments of failing to address Petrotrin’s issues and warned that this cannot continue as the company has serious structural and operational issues.

Khan said Petrotrin “has a massive debt profile in excess of TT$13 billion and we all know about the famous bullet US$850 million payment due in November 2019,” referring to a payment due to bondholders which government may have to bankroll if the company fails to do so.

“As we speak, Petrotrin owes the state $3.5 billion in outstanding taxes and royalty, that is the people’s money which is being consumed by a company to satisfy whatever inefficiencies that operate in the company,” Khan is quoted as saying.

There are murmurings that among the measures that could be considered to save Petrotrin are privatization and mergers with large international operators.