OilNOWLatest News and Information from the Oil and Gas sector in Guyana
More
FeaturedNews
Updated: June 11, 2018 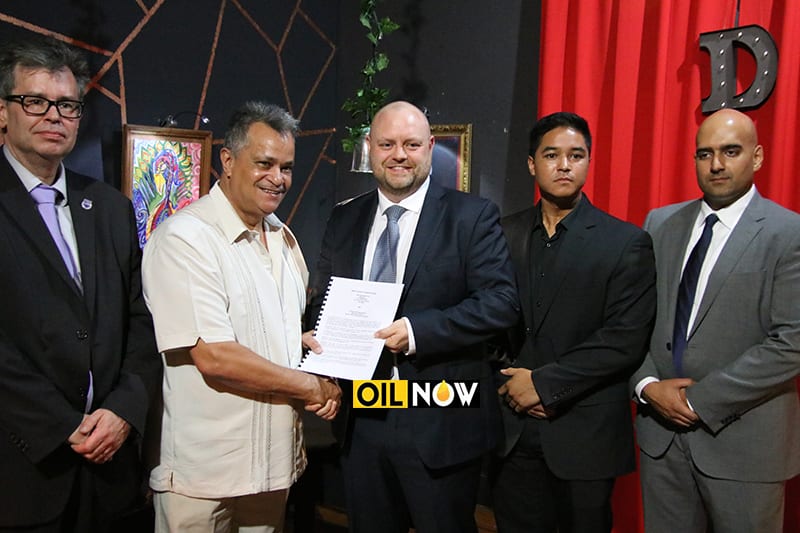 Guyanese air services company Roraima Airways is partnering with PAL Aerospace, an international aerospace and defence company headquartered in Canada, for provision of a range of services in the oil and gas industry.

PAL provides most of Canada’s maritime domain awareness data. For the oil and gas industry, the company provides compliance monitoring such as those related to gas flaring, and is heavily involved in monitoring oil spills. Director, Research & Development, Stephen Green, told OilNOW that early surveillance of an oil spill plays a critical role in effectively responding to such a disaster. “We’re pretty much the first line of defense to go and check to see if there has been an oil spill. You do not want an oil spill to happen, but early intervention is the key.”

Green said part of what the company specializes in is monitoring vessels that empty their bilges, something that was occurring in Canadian waters, which through PAL’s intervention, has almost effectively stopped. “I understand that is actually an issue here in this country (Guyana) and they are ways; for example you can drop markers into bilge water and it effectively tells us the DNA of the oil and we can actually identify the actual ship – it could be a thousand miles away – that the oil came from.”

Through the company’s monitoring and enforcement activities in Canada, Green said, there have been a number of prosecutions and heavy fines. “Through the government of Canada, we’ve never lost a court case,” he emphasized.

Director of Roraima Airways Gerald Gouveia said following a visit to Newfoundland in November 2017 by a private sector team from Guyana, it became evident that a partnership with PAL would have been mutually beneficial and serve to open the door for a range of specialized services to be offered in Guyana.

“What we found with PAL was like-mindedness. That is when we started speaking with them more about how we can get their technology and services to Guyana to support our local oil and gas industry and environmental monitoring systems and to support our border security as well as drug interdiction” Gouveia told OilNOW.

He said the wide range of services already being offered by Roraima Airways would be further complemented through the partnership with PAL.

The two companies officially announced their partnership at a reception held on Friday evening at the Roraima Duke Lodge, in Guyana’s capital Georgetown.