OilNOWLatest News and Information from the Oil and Gas sector in Guyana
More
News
Updated: January 20, 2018 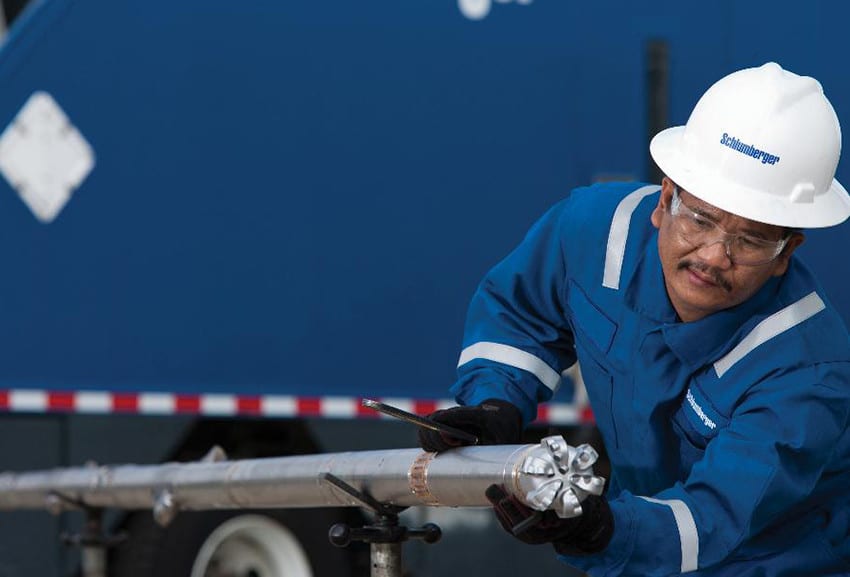 (Hart Energy) Schlumberger Ltd. (NYSE: SLB) has decided to exit the land and marine seismic acquisition business, which has been battered by the downturn and faces an uncertain future.

The business segment is the Houston-based company’s only product line that fails to meet future return expectations, according to Schlumberger CEO Paal Kibsgaard.

“This has not been an easy decision to make. But following a careful evaluation of the current market trend, our customers’ buying habits and our current and projected financial return, it is an unfortunate and inevitable outcome,” Kibsgaard said during the company’s earnings call on Jan. 19.

The exploration business was especially hit hard when global oversupply and unmatched demand combined to send oil prices down, causing oil and gas companies to cut back spending and halt projects. Exploration, for the most part, took a backseat to drilling and producing resources with fast turnaround times—U.S. shale plays—as operators looked to quickly reap gains in commodity prices.

Exploration investment is expected to remain suppressed and exploration budgets tight in 2018 despite a brighter price outlook, Wood Mackenzie said earlier this month. “Exploration’s share of upstream investment has slipped to below 10% since 2016 and is not about to recover,” the analyst firm said.

Schlumberger’s marine and land seismic acquisition services are offered through WesternGeco, which is part of the company’s reservoir characterization group. The group reported revenue of $1.6 billion for fourth-quarter 2017, down 8% sequentially and down 2% from a year ago.

The oilfield service company highlighted the strength of the group’s Integrated Services Management operations, contract awards and new technology deployments for the quarter. However, that was not enough to help solidify the land and marine seismic acquisition business’ place within the company.

Schlumberger reported about $3 billion of pretax charges for fourth-quarter 2017. This included more than $1.1 billion in seismic restructuring expenses related to WesternGeco and a $938 million write-down of holdings in Venezuela, which has been experienced economic and political turmoil.

The charges played a role in Schlumberger’s fourth-quarter net loss of $2.26 billion, up from $204 million a year ago. Revenue jumped by 15% to more than $8.18 billion thanks in part to strong land activity in North America, where revenue increased 59% year-over-year to $2.8 billion.

“Geophysical measurement, survey design and seismic operations have been an essential part of Schlumberger and our R&E [research and engineering] efforts for more than 30 years,” Kibsgaard said, pointing out the company’s unique position in terms of intellectual property and its engineering and manufacturing capabilities. But as the downturn enters a sixth year for the seismic data acquisition business, “the present outlook provides no line of sight for the market recovery.”

Kibsgaard added that the company’s customers are not willing to “pay a premium for differentiated seismic measurement and surveys” and “clearly believe that generic technology and performance is sufficient.” This creates a low technical barrier for smaller players to enter the segment, which keeps demand in a chronic state of overcapacity, he said, adding the company’s seismic acquisition business cannot provide the desired full-cycle returns for Schlumberger or compete internally for funding.

Schlumberger isn’t the only one being challenged in today’s seismic environment as evidenced by the financials of others in the business.

“This challenging commercial environment is clearly reflected in the financial statements of stand-alone acquisition players who are either at or close to bankruptcy, heavily burdened by weak cash flow and high debt,” Kibsgaard said. “While these stand-alone acquisition players have no other choice than to stay in and fight on to avoid bankruptcy while hoping for a better future, we at Schlumberger do have a choice and we chose to exit the commoditized land and marine acquisition business.”

The exit comes as the industry continues to make technological strides such as advances in high-performance computing, data analytics and machine learning. Such technologies enable the company to “extract significantly higher value from our previously acquired data,” Kibsgaard said.

Schlumberger’s WesternGeco will adopt an asset-light model going forward based on its multiclient data processing and interpretation businesses, he said. The company plans to honor its existing contracts and customer commitments and cold stack equipment as it evaluates divestment options.

“Given the financial state of the other seismic acquisition players and the absence of a clear line of sight for a recovery in the seismic market we are prepared for the divestiture process to take some time and that we may end up selling our acquisition business to a new market entrant,” Kibsgaard said.