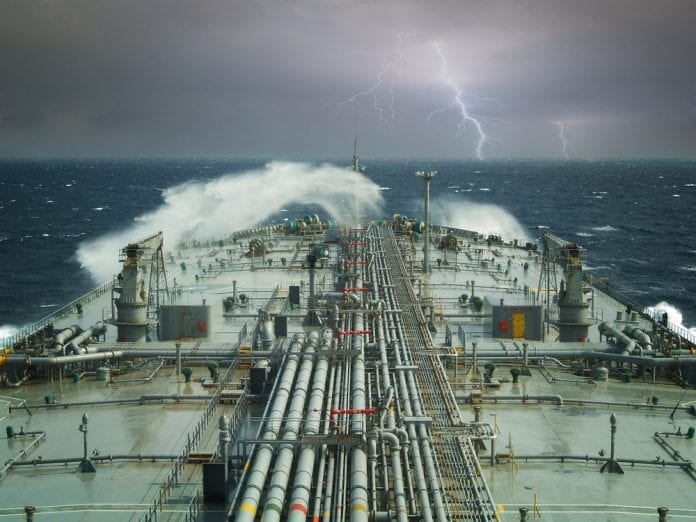 (Reuters) – U.S. oil prices rose on Tuesday, breaking past $70 per barrel, after two Gulf of Mexico oil platforms were evacuated in preparation for a hurricane.

Anadarko Petroleum Corp said on Monday it had evacuated and shut production at two oil platforms in the northern Gulf of Mexico ahead of the approach of Gordon, which is expected to come ashore as a hurricane.

International Brent crude futures, by contrast, lost ground, trading at $78.07 per barrel, down 8 cents from their last close.

Many international shippers have stopped loading Iranian oil as U.S. financial sanctions against Tehran prevents them from insuring its cargoes.

Mirroring a step by China, where buyers are shifting nearly all their Iranian oil imports to vessels owned by National Iranian Tanker Co (NITC), this means that Asia’s two biggest oil importers are making plans to continue Iran purchases despite pressure by Washington to cut orders.

Britain’s Barclays bank said on Tuesday that oil markets had changed since 2017 when worries about rising supply were more evident.

“U.S. producers are resisting temptation and exercising capital discipline, OPEC and Russia have convinced market participants they are managing the supply of over half of global production, the U.S. is using sanctions more actively, and several key OPEC producers are at risk of being failed states,” Barclays said.

Crude oil “prices could reach $80 and higher in the short term”, the bank said, although it added that despite these developments global supply may exceed demand next year.

For 2020, Barclays said it expects Brent to average $75 per barrel, up from its previous forecast of just $55 a barrel.

French bank BNP Paribas struck a similar tone, warning of “supply issues” for the rest of the year and into 2019.

“Crude oil export losses from Iran due to U.S. sanctions, production decline in Venezuela and episodic outages in Libya are unlikely to be offset entirely by corresponding rises in OPEC+ production due to market share sensitivities,” the bank said.

BNP Paribas expects Brent to average $79 per barrel in 2019.

Equinor makes Monument oil discovery at US Gulf of Mexico

US to sell oil and gas leases in Gulf of Mexico