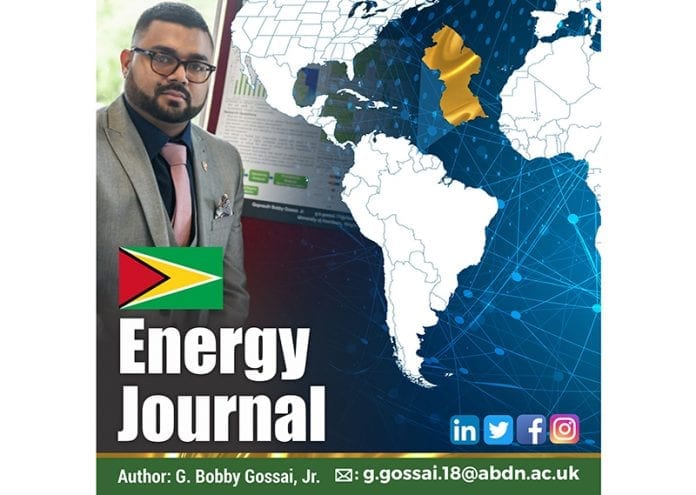 The main aim of any country with petroleum resources is to achieve a self-sufficient level of oil production as quickly as possible. The analysis of resource management yields general guidelines, but very little in the way of practical concrete advice. The many qualifications which must be made to the model in terms of its concepts and the evaluation of uncertain future variables, such as the price of oil, prevent any simple and direct conclusions from being reached. It is belief that the security value of oil is highly important and so the potential for self-sufficiency must be maintained for as long as possible. As oil companies will not engage in exploration and development without the incentive of current production, it is best to allow production at about current levels which are close to self-sufficiency.

To go far beyond this level is to sacrifice future self-sufficiency, while to go below it will mean large short-term economic repercussions (in terms of lost government revenues and balance of payments effects) as well as a probable decline in actual productive potential so that full self-sufficiency cannot be quickly achieved in a time of crisis.

It would seem that, given likely oil production and consumption levels, in fact depletion will occur at a somewhat higher level than self-sufficiency. The argument for allowing this is that the damage to future exploration and development rates of actually restricting current oil production would more than offset any possible gains in terms of long-term self-sufficiency. This claim cannot be easily assessed, but the determining factor must be the actual level of net exports. Very large net exports would undoubtedly create the need for an active depletion policy while moderate net exports might not.

The uncertainty over future production levels therefore requires that the imposition of a strong depletion policy be retained. Thus, a country such as Guyana is expected to seek to preserve and increase income and the wealth on which it is based, so that depletion policy is linked to the conditions for development of the non-petroleum economy at home and the opportunities for investment in acquiring assets abroad (Stevens and Mitchell 2008). If petroleum resources are left in the ground to be produced later, their value will increase if the price of petroleum increases. If produced, the resulting profit can be employed to increase national wealth in other ways: profit invested in the domestic economy – through projects, education and health will increase the rate of growth of the non-petroleum economy and its ability to pay for future government expenditure and imports of foreign goods and services. Profit invested earns income and foreign exchange in the future.

The function of any government is usually thought to be to maximize the social welfare function of the nation, that is; the promotion of economic development. This does not necessarily imply heavy and intrusive government intervention in the economy. However, when it comes to depletion policy, government intervention in the rate at which oil and gas reserves are developed and produced (effectively depleted) is inevitable in petroleum-dependent economies.

The context of any depletion policy is dominated by three simple facts: one from geology, one from property rights, and one from financial theory. The fact from geology is that oil and gas reserves are an exhaustible or non-renewable resource. Once the barrel of oil or cubic metre of gas has been produced today, it cannot be produced tomorrow. However, if production is postponed today, then it can take place tomorrow. This is the key trade-off of depletion policy. Of course, production today can be replaced by exploring for, discovering and developing new reserves that previously were not known or were thought uneconomic. However, eventually, the reserves in a country at a particular time are a finite number with a range of uncertainty.

The fact from property rights is that in almost every legal jurisdiction outside the United States, subsoil minerals are the property of the state, or else the state is trustee for the nation. Therefore, the government of the country, as owner, must make decisions over access to these resources and investment in their development and production – over depletion policy in some shape or form. Since the resulting revenue in the first place accrues to government ‘on behalf of the nation’, clearly government also has the responsibility for how it is spent. The government’s accountability to ‘the nation’ must apply the concept of intergenerational transfer of costs and benefits associated with resource development. This will include the responsibility for legislation regarding access to petroleum reserves, taxation, and the problem of managing the macroeconomic consequences – for example, the risk of ‘Dutch disease’.

The fact from financial theory is that oil and gas resources are an element of wealth in the country’s portfolio of assets. Thus, their production does not generate income as such. Rather, it simply swaps one asset under the ground – petroleum resources – for another asset – cash revenue – above the ground. The cash revenue can be invested in productive assets, either at home or abroad, to generate future income. In that way, when the petroleum resources are depleted (or no longer of any value), something has been created to replace the resources in the nation’s asset portfolio. Thus, in the context of an exhaustible resource, the creation of alternative wealth to resources constitutes sustainable development. Alternatively, the cash revenue may be consumed, reducing the national wealth.

Depletion policy is about the rate at which oil-in-place is discovered, and reserves are developed and produced. This involves a number of interventions. The first is the decision of the state owner of the prospective exploration as to how much acreage should be made available, under what terms and to whom. For governments allowing private sector investments in the form of international oil companies (IOCs), some form of legislative process normally determines this and can either involve bidding rounds in some shape or form or bilateral allocation (Cranton 2007).  The bids may be either sealed bids based on specific criteria or discretionary. For national oil companies (NOCs), this is directly determined by the NOCs’ policy and the funds allocated by the government. Clearly, governments acting on behalf of current and future citizens, who are the owners, have complete control (subject to political legitimacy) over this stage although not the outcome of the exploration since this (discovering oil-in-place) cannot accurately be predicted in advance.

The second ‘intervention’ relates to the level of investment in exploration, development and production. Again, government plays a key role. If a NOC is involved, then the government determines the availability of funds and the incentive structures for the NOC to utilize the funds. If IOCs are involved then investment levels will be determined by economics, including costs, taxation and market prospects (Johnston, 2007), political stability in the country and the degree of confidence on the part of the investor that the government will not start to squeeze on terms once investment has been sunk.

Finally, once a field has been developed and is capable of producing, governments can directly set production levels by virtue of their control over the producer, i.e. the NOC, or by regulation of the private sector. This may be part either of a specific depletion policy or of a commitment to the Organization of Petroleum Exporting Countries (OPEC) in its role as manager of the international oil markets. In most jurisdictions where IOCs are subject to resource conservation legislation, the extraction is subject to best engineering and reservoir depletion practices such that the amount of oil extracted is the maximum economically and commercially feasible. Thus, the rate of production of any particular field is not simply a function of how much rent a government might need for its programmes; it depends fundamentally on the geology and accordingly on the hydraulics, physics and other characteristics of the reservoir.

Thus, preference for a depletion profile will be about managing the speed of exploration and the sequence and pace of investment in developing capacity as well as the rate of production from that capacity. Different risks and costs apply at each stage.

A key reason for delaying production is the possibility that the value of the oil in the ground, net of costs, will increase more rapidly than the return that can be derived from converting the oil into above-ground non-petroleum assets. However, the value of production to be taken into account in deciding a country’s preferred depletion profile from any point in time forward will be different for unproved reserves, for proved reserves awaiting investment, and for production from invested facilities in which capital costs have already been incurred. This is because ‘unitization’ of per barrel costs over total reserves does not give good guidance to the value of production forward from any particular point in time.

If the costs do not change, doubling the price will more than double the net value. The higher the cost-price ratio, the lower the increase in price necessary to justify leaving the oil in the ground: If costs are 90% of today’s price, any increase of over 10% in future prices would justify leaving oil in the ground. This accords with the intuitive logic that cheap oil should be developed first and expensive oil last, and that NOC projects should come before foreign investor projects, where the government income is less.

The basis for preferring any production profile (say ’early’ production) to another (say ‘later’ production) should be to compare their impacts now and in the future and choose the profile which optimizes the social welfare of the economy.