OilNOWLatest News and Information from the Oil and Gas sector in Guyana
More
NewsProductionRegional
Updated: November 20, 2017 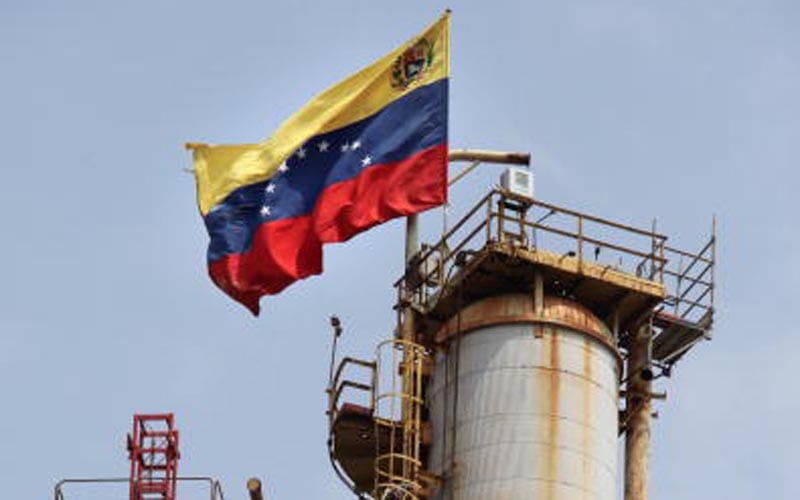 Venezuela’s oil production, which has been falling by about 20,000 barrels per day (bpd) per month since last year, is on track to fall by at least 250,000 bpd in 2017 according to numbers reported to the Organization of the Petroleum Exporting Countries (OPEC), as U.S. sanctions and a lack of capital hobble operations. [For a graphic on Venezuelan and Iraqi oil shipments to the United States and India, click tmsnrt.rs/2A9EKCH]

Some OPEC members expect the fall to accelerate in 2018, reaching at least 300,000 bpd, OPEC sources said. At a recent internal OPEC meeting, Venezuelan officials were asked to give a clearer picture of the country’s declining output.

“A lot of questions have been raised by Saudis and others to the Venezuelans to present a real picture on the production status and decline,” one of the sources said. The topic could come up later this month at the group’s next meeting.

Saudi Arabia will not raise its output to compensate for this decline as OPEC’s de facto leader is focused on reducing global oil stocks, one OPEC source familiar with Saudi oil policy told Reuters this month.

But heavy oil from OPEC member Iraq and non-OPEC producers Canada and Brazil are already replacing Venezuelan barrels to key customers the United States and India, according to the sources and Thomson Reuters data.

Iraq has increased shipments of crude and condensate to India by 80,000 bpd this year as Venezuelan deliveries fell by 84,000 bpd. The second largest OPEC producer also has exported 201,000 bpd more oil to the United States this year through October as Venezuelan shipments dropped about 90,000 bpd, according to the Reuters data.

Venezuela’s weaker output “could be good for market rebalance and we could see price stay at $60 for a slightly longer time,” one OPEC source said. “That doesn’t mean there will be no free riders,” the source added.

Venezuela pumped 1.863 million bpd in October, undershooting its OPEC target by 109,000 bpd, according to an assessment that OPEC uses to monitor members’ output. Venezuela said it had pumped 1.955 million bpd, still below its output target of 1.972 million bpd.

There often are discrepancies between the assessment and official figures reported by the OPEC members.

When member countries have suffered supply disruptions in the past, other OPEC members have covered the gap, often without changing official production quotas.

Saudi Arabia boosted its output in 2003 to offset Iraq’s falling exports after the U.S. invasion, but the agreement was never formally disclosed.

OPEC discussions of Venezuela’s quota is not new. Proposals to change the country’s quota have been raised and batted down several times in OPEC meetings since the South American country’s production started declining in 2012, a Venezuelan government source said.

Venezuela has argued in the past, when faced with questions about falling output, that it was working to reverse declines from its sizeable proven oil reserves.

But it could be difficult for Venezuelan officials to convince OPEC that an upturn is likely in the near future as the country seeks to restructure $60 billion in debt. Dependent on oil revenues, Venezuela has seen its economy contract sharply in the three years since crude prices collapsed from over $100 a barrel.

Reviews of quotas and reallocation of market share can be contentious, and the group may prefer to allow market forces to fill the supply gap left by Venezuela’s decline rather than make an official share revision and reallocation to other members, one senior OPEC source said. A formal change would be opening a “can of worms” that OPEC would not want to do, the source added.

OPEC’s oil ministers will meet in Vienna later this month to discuss supply policy. The group is expected to extend beyond March an agreement under which its members and rival producers, including Russia, have reduced joint output by about 1.8 million bpd.

“We want a successful meeting on Nov. 30, re-discussing quotas will not be accepted by Venezuela and talking about it at the meeting will just open the door for others to do the same,” the senior OPEC source said.