OilNOWLatest News and Information from the Oil and Gas sector in Guyana
More
NewsRegional
Updated: May 31, 2019 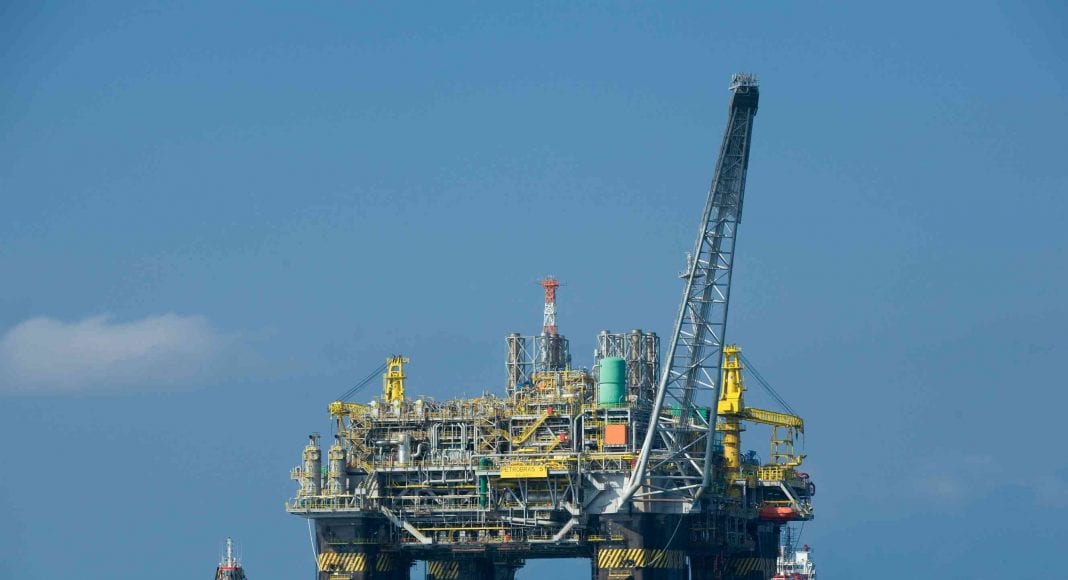 (S&P Global Platts) Brazilian state-led oil and natural gas producer Petrobras set fresh daily and monthly records for output from ultra-deepwater fields in the country’s offshore subsalt frontier in April and May, capping a 10-year run since first oil was pumped from the Santos Basin in May 2009.

The Lula Field, meanwhile, which is Brazil’s largest oil and natural gas producer, also topped the 1 million b/d mark on May 16, Petrobras said.

The recent production gains in the subsalt are the fruit of an unprecedented wave of new production capacity coming onstream in the region, where Petrobras and its partners developing the subsalt have installed six floating production, storage and offloading vessels, or FPSOS, over the past 11 months. Each FPSO has installed capacity to pump 150,000 b/d and process at least 6 million cu m/d, according to the company.

“There are 16 platforms and more than 150 wells in operation only in that area, which accounts for 90% of all Brazilian subsalt production,” Petrobras said in the report. “The extraction costs of less than $7/b and high productivity of the fields elevate the subsalt to one of the most-competitive frontiers in the industry.”

“The future is even more promising,” Petrobras said. “The projects designated for that area are the primary focus of the company’s investments.”

Petrobras and its partners plan to install the FPSO P-68 at the Berbigao Field later this year, while the FPSO P-70 is expected to pump first oil from the Atapu Field in the transfer-of-rights area in 2020, Petrobras said. An additional seven FPSOs are planned to enter operation from 2021 and beyond, including three FPSOs earmarked for oil and gas deposits buried above the salt layer, Petrobras said.

The new developments will account for about $27 billion in investments, Petrobras said. Petrobras expects to spend a total of $84.1 billion in the 2019-2023 period.

“Over the next 10 years, the outlook is to develop new subsalt production projects in even more-challenging conditions,” Petrobras Exploration and Production Director Carlos Alberto Pereira de Oliveira said in the report. “The blocks acquired at recent auctions and recent discoveries are primarily located in even deeper water depths that vary between 2,500 meters and 3,000 meters.”

Petrobras and international oil companies will get a chance to snap up additional acreage in the region later this year, when the country’s National Petroleum Agency, or ANP, will hold three licensing sales that will all contain opportunities to snap up areas that contain subsalt potential. The 16th concession bid round, 6th auction of subsalt acreage under production-sharing agreements and the sale of rights to develop surplus volumes of crude discovered in the transfer-of-rights areas, which is expected to be one of the world’s biggest-ever rights sales, will be held in October and November.

Brazil’s development of the subsalt is expected to elevate the country’s output to more than 5 million b/d and make the continent-sized nation one of the world’s top five crude exporters by the middle of the next decade, according to the ANP. Petrobras holds the lion’s share of the acreage and developed the complicated technology to tap the deposits, which are buried beneath more than 5,000 meters of water and an additional 2,000 meters of rock, sand and a shifting layer of molten salt.

The Santos Basin contains a cluster of multibillion-barrel discovers made in the mid-2000s, including Brazil’s top three oil and gas producers in Lula, Sapinhoa and Buzios. Each contain recoverable reserves estimated at more than 3 billion barrels. In addition, the basin also holds the Mero Field that is estimated to hold 3.3 billion barrels of recoverable reserves. Mero is part of the Libra production-sharing area, which was the first subsalt field sold under the regime in 2013.

Petrobras and its partners are currently conducting long-term well tests at Mero, with the single production well pumping 60,000 b/d of oil equivalent during the test, Petrobras said. That’s the best-performing well in Brazil, with the Santos Basin actually containing 29 of the country’s top 30 wells in terms of output, according to Petrobras.

Subsalt growth should also help Petrobras offset ongoing maintenance shutdowns and accelerating declines at ageing fields in the offshore Campos Basin, where the company has slashed investments to focus on the more-productive subsalt.