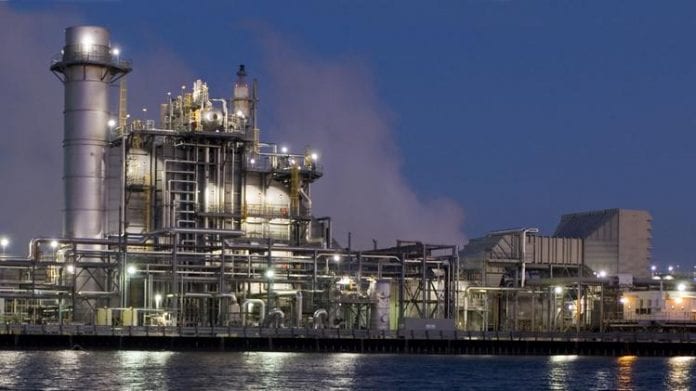 ExxonMobil said Tuesday that facility assessments and restart activities continue at its Baytown refinery, and that it has made significant progress in restarting chemical production, pipelines and other logistical infrastructure in the Houston area. The company’s fuel terminals in Houston are open and supplying gasoline and diesel to customers. Offshore production platforms in the Gulf of Mexico are beginning to return to normal operations. Production units at the Beaumont refinery remain shut down due to flooding in the lower level of the refinery.

Efforts are underway to transport refined products from unaffected regions to communities and customers in the most severely impacted areas. The company is also delaying scheduled maintenance at other ExxonMobil refineries to continue producing gasoline and diesel to relieve the supply situation. Personnel from the Baton Rouge, Billings and Joliet refineries are being deployed to Baytown and Beaumont to help restore operations.

The company has allocated supplies of fuel for use by emergency responders, and has thus far provided nearly 650,000 gallons to responders working in areas impacted by the storm, including Beaumont, Baytown and the greater Houston area, as well as Dallas and Baton Rouge. In Beaumont, ExxonMobil engineers continue to assist the city with restoring the municipal water system, which was impacted by flooding. The company has distributed 30,000 bottles of water and about 400 pounds of toiletries in Beaumont. About 4,500 gallons of bleach have also been provided to Jefferson County for distribution to residents and businesses in impacted areas.

“Our teams have been working around the clock to restore operations as quickly and safely as possible so we can supply fuels to our customers,” said Darren W. Woods, chairman and chief executive officer. “The incredible efforts our employees have put behind maintaining critical operations under challenging conditions has been remarkable.”

ExxonMobil has also been assessing impacts on its onshore and offshore oil and gas production assets. Galveston 209 offshore platform systems are safe and operational, and startup operations are underway. The Hadrian South subsea production system in the Gulf of Mexico has been deemed safe and operational, and production has resumed. Crews from ExxonMobil subsidiary, XTO Energy, have begun assessments and are bringing onshore wells on line when safe to do so.

ExxonMobil employees are also contributing their time toward assisting area residents in need. For example, the company’s U.S. Production unit is initiating a volunteer program to continue assisting fellow employees, ExxonMobil annuitants, and the greater community. Employees have also volunteered at several area shelters, including the George R. Brown Convention Center in Houston, the Fort Worth Convention Center, and others in the region.

Employees can take advantage of the ExxonMobil Foundation’s volunteer involvement program. In the United States, the program provides qualified organizations a $500 donation on the employee’s behalf for every 20 hours volunteered, up to four times per volunteer per year.

“Volunteerism has been a core value for the company since its earliest days,” Woods said. “Our employees are committed to assisting residents in their communities also impacted by effects of the storm. Our thoughts remain with all area residents during this challenging time, and we hope our efforts in working with disaster relief agencies and local first responders have provided comfort to families and individuals in need.”

ExxonMobil has also established an employee and retiree donation match program to support relief and recovery. Employee and retiree contributions to the American Red Cross and Salvation Army will be matched on a one-to-one basis up to $25,000 per donor and up to $3 million in total, which will generate up to $6 million for the disaster relief organizations. The company has donated $2.3 million in advertising time to the Red Cross that has been dedicated to high-profile televised public service announcements. These commitments, along with $1 million in initial contributions to the American Red Cross and United Way of Greater Houston and about $1 million worth of in-kind contributions in South Texas, total about $10.3 million.

Employee safety and well-being remains a top priority, and those who need to work remotely are being encouraged to do so. Health and counseling services are available on request for employees. Hotlines have been established to provide updated information to employees across different geographical locations. Constant contacts between managers and employees, as well as the company’s automated employee tracking system, have been instrumental in ensuring employee safety.

ExxonMobil to begin new hunt for oil at Sorubim-1 well in...