OilNOWLatest News and Information from the Oil and Gas sector in Guyana
More
NewsProductionRegional
Updated: November 27, 2017 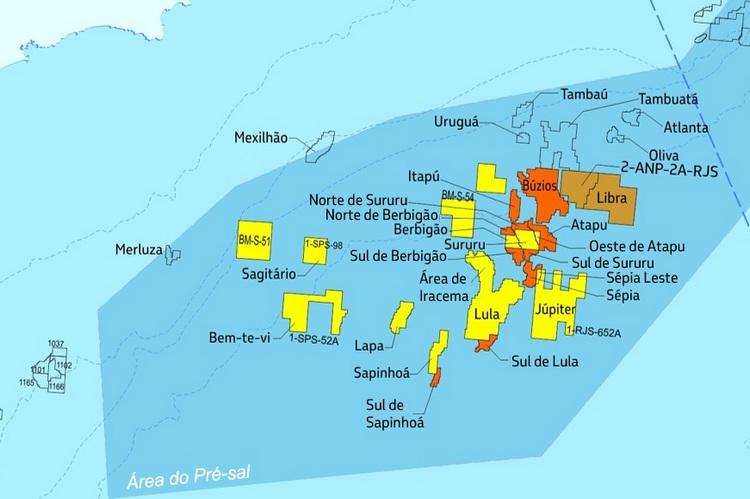 First oil has flowed from Brazil’s giant Libra field operated by Petrobras and a consortium that includes Total, Shell and China’s CNPC and CNOOC, the companies said on Monday.

Libra, which has recoverable volumes estimated by oil regulator ANP at between 8 billion and 12 billion barrels, is located in the high-yield region off the coast of Rio de Janeiro.

Production began on Nov. 26 and the FPSO vessel Pioneer of Libra has daily capacity to process up to 50,000 barrels of oil and 4 million cubic meters of gas, Petrobras said in a securities exchange filing.

French oil and gas major Total said in a separate statement that the production start-up will generate revenue while collecting data for subsequent development phases of the field.

“Libra is a major asset in Total’s portfolio and fits into our strategy of investing in highly competitive projects with low break-even points,” Arnaud Breuillac, Total’s E&P president, said in a statement.

Total estimates the technical cost of production for the field at about $20 a barrel.

A final investment decision on another FPSO unit with a capacity of 150,000 barrels per day would be made soon, Total said, adding that a third FPSO unit with the same capacity would follow soon after.

“In the years ahead other production units of similar capacity will be invested in so that the field can be developed to its full potential,” Total said in the statement.

Brazil’s Petrobras has a 40% stake in the field. Total and Shell hold 20% each, while China’s CNOOC and CNPC hold 10% apiece.