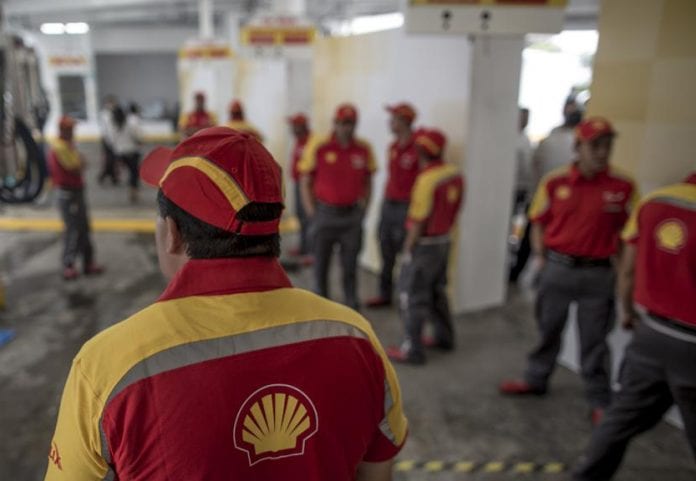 Mexican officials estimated the auction, the most important since the country’s energy sector opened to foreign firms in 2014, could bring $93 billion in investment to the country as oil firms develop the areas they won.

The stakes were high for Mexican President Enrique Pena Nieto and his struggling party, which wants to showcase the results of its energy liberalization ahead of a presidential election in July.

With oil prices at a three-year high, conditions were better for this auction than any of the previous eight sales in Mexico since 2015, lending weight to Pena Nieto’s argument that opening up the sector would bring the investment needed to turn around a dilapidated state-run oil and gas industry.

Shell bid aggressively despite fears that Pena Nieto, who will not run in July, could be succeeded by a leftist leader who may revise the terms of energy contracts.

Both Mexico and Brazil have benefited from a revival in interest from the world’s top energy firms in big-ticket deepwater projects, as the industry emerges from a three-year recession.

“We wanted a presence in both countries,” said Alberto de la Fuente, president of Shell Mexico. “We are a big player in deep water worldwide. This is excellent news for Mexico and is a strong commitment for Shell in Mexico.”

Mexican officials called the auction a success. Ahead of the bid round, the government had said it expected only seven of the 29 blocks on offer to be awarded. In the end, nineteen were awarded.

The results would not give Shell too high a share of Mexico’s energy sector, Deputy Energy Secretary Aldo Flores said.

“We have to recognize Shell’s enthusiasm in this round,” he told reporters after the auction. “We have a diverse oil sector … I don’t believe this means a concentration.”

Mexico estimates oil firms would invest $93 billion to develop energy reserves in the blocks, Flores said. The firms have not made their investment plans public, but may have shared preliminary estimates with Mexican authorities.

The government estimates over $600 billion is needed to return the country to record production levels reached in 2004.

The blocks auctioned on Wednesday could pump over 1.5 million barrels per day (bpd) of crude and 4 billion cubic feet per day of gas by 2032, Flores added. Mexico currently produces around 1.9 million bpd.

Even though there was little competition for some of the blocks, the winning bids offered a high percentage of profits to Mexico, said Juan Carlos Zepeda, the head of the country’s oil regulator. The government take would be up to 67 percent of profit, he said, comparing that to the 55 percent oil firms pay in the United States.

Mexico received $525 million in cash from the companies that won blocks, which will be transferred to a government fund.

Shell focused on blocks in the Perdido and Salina basins, which were expected to be the most competitive of those on offer. Perdido is close to U.S. waters where Shell and other oil firms already operate.

The proximity to existing infrastructure on the U.S. side of the maritime border could speed development in the Mexican waters because companies can build clusters of projects.

“It’s only natural for Shell to pursue opportunities in Mexico,” said Lysle Brinker, analyst at consultancy IHS Markit. “It’s near an area where Shell is already producing.”

Shell would spend more than the minimum investment it pledged in the bids, de la Fuente said.

“We’re in, we want to explore and we want to find oil and gas,” said Faisal Bakar, Carigali’s country manager in Mexico.

Ten blocks received no bids, so were not awarded.