OilNOWLatest News and Information from the Oil and Gas sector in Guyana
More
Uncategorized
Updated: February 14, 2018 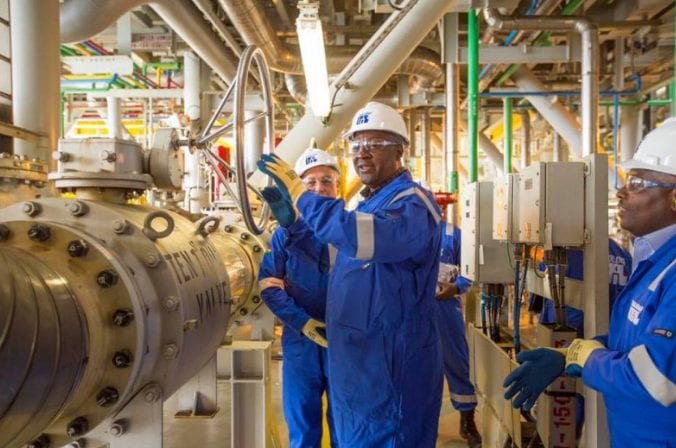 (Bloomberg) Ghana plans to publish overhauled economic data that will show its gross domestic product is bigger than currently estimated.

The West African nation will remeasure economic output using 2013 prices instead of 2006 and the basket of activities used to value the economy is being expanded due to new industries that have formed since 2006, Asuo Afram, head of economic statistics at the Ghana Statistical Service, said by phone.

The agency will release the revised GDP and economic growth figures for 2014 to 2017 on May 23 and the data points to a bigger economy than previously estimated, Afram said, declining to give a number because the calculations haven’t been finalized.

The $45-billion economy is the seventh biggest in sub-Saharan Africa and will probably expand 8.3 percent this year, the fastest growth rate on the continent, according to World Bank projections, on increased oil output and stronger credit growth. That’s after growth slumped to a more than two-decade low of 3.5 percent in 2016.

“We have discovered new activities in the areas of oil and gas, information and communication technology, construction and education,” Afram said. “While oil and gas activity was part of recent estimates, the data has improved and also downstream activity has expanded. In ICT, voice used to dominate, but these days there is a lot of data use. Information on household economic activity has also improved.”

The statistical service revised GDP upwards by 75 percent in 2010, the last time it recalculated figures, and then moved the base year to 2006 from 1993. Nigeria, Kenya and Tanzania all revised their GDP data in 2014, resulting in increases of between 25 percent and 75 percent in the sizes of those economies.

A bigger GDP figure will mean that Ghana’s key macroeconomic indicators, such as the budget and current-account deficits and the debt ratio, come out lower than previously estimated. The nation’s fiscal shortfall exceeded 10 percent of GDP between 2012 and 2014, pushing up debt and sending the cedi into freefall. The country turned to the International Monetary Fund for an almost $1 billion bailout in 2015 and has negotiated an extension of the program until the end of this year.

President Nana Akufo-Addo, who took power in January 2017, told lawmakers last week that efforts to stabilize the economy are beginning to yield results as the rate of debt growth slowed and the government exceeded targets for keeping spending under control. The budget deficit probably narrowed to 5.6 percent of GDP last year from an earlier estimate of 6.3 percent, he said.

The statistical agency will also release a new series of inflation data by changing the base year to 2017 from 2012 on April 25, Afram said. Price growth has exceeded the central bank’s 6 percent to 10 percent target band since at least the start of 2013.

“Mainly we will delete some obsolete data in the basket, and revise the weight for most items,” he said.