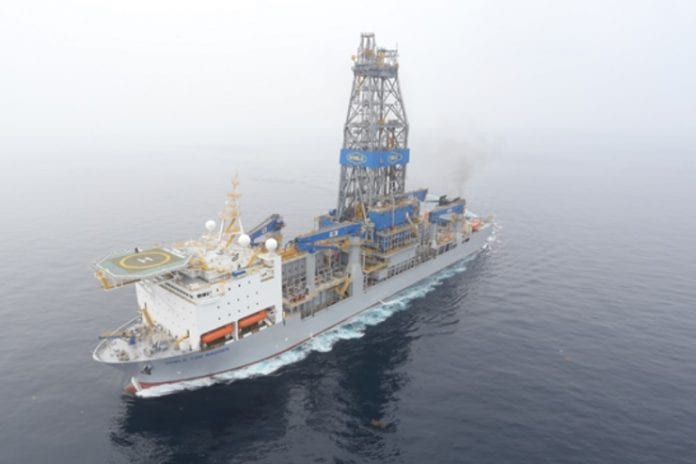 ExxonMobil Guyana’s third drillship – the Noble Tom Madden is forging ahead on its journey to the South American country and is currently positioned just South of Jamaica in the Caribbean Sea.

OilNow understands the vessel is expected to arrive in Guyana waters on October 24 where it will embark on a drill campaign at the Pluma prospect in the south portion of the Stabroek Block.

According to the company’s Fleet Status Report the estimated start date of the contract for the Guyana campaign is late October and will conclude in late December. The full contract dayrate was not disclosed.

Noble currently operates a fleet of 27 offshore drilling units, consisting of  drillships and semi-submersibles and  13 jackups.