Despite the massive socioeconomic and energy benefits expected from the upcoming East African Crude Oil Pipeline (EACOP), western environmentalist groups are calling for the abandonment of the project. In light of this, Executive Chairman of the African Energy Chamber NJ Ayuk defended this mammoth development which, he expects, will make the African continent energy secure.

“… despite its significance, western environmentalist groups are demanding the abandonment of the project, citing environmental concerns. But at what point does Africa’s energy needs and the wellbeing of the people take precedence over sensationalist eco-socialism?”

“The call by climate activists to #StopEACOP is detrimental,” the Executive Chairman said in a statement, “not just for East Africa’s energy future, but for the wellbeing of the regional community itself. In addition to fighting against the construction and operation of the project, activists are targeting the funding of the project, with 20 large-scale banks having been convinced not to finance the pipeline. Despite these attacks, project developers remain resilient, recognising the value of the pipeline.”

EACOP is a 1,443 kilometers (km) long crude oil pipeline that will link Uganda’s oilfields to the Port of Tanga in Tanzania. With the capacity to transport approximately 216,000 barrels per day, the pipeline is estimated to cost US$3.5 billion. Once complete, it will represent the longest heated crude oil pipeline in the world.

“They have a strong track record of robust environmental management and social engagement, and it gives the African Energy Chamber comfort to back this project without hesitation,” the Chamber Executive stated.

He continued, “This should not be stopped by zealots who believe that Uganda, a country that has been one of the lowest greenhouse gas footprints, should be punished and foot the bill for the wealthy nations that are now using coal to power their industries and homes.

We are concerned that some want Ugandans and Africans to leave oil and gas in the ground while they are spending billions to fire up coal plants. Energy poverty is real…. We will push for African suppliers to sign Joint Ventures with Ugandans and grow together, using this project to promote intra-Africa trade and collaboration.”

Revenues from this pipeline are set to be invested into building new schools, hospitals and modern infrastructure, as well as finance the development of other energy projects such as renewables.

TotalEnergies has put forward safe and carbon-friendly and associated risk reduction plans for this pipeline. It is anticipated to come on stream by 2030. 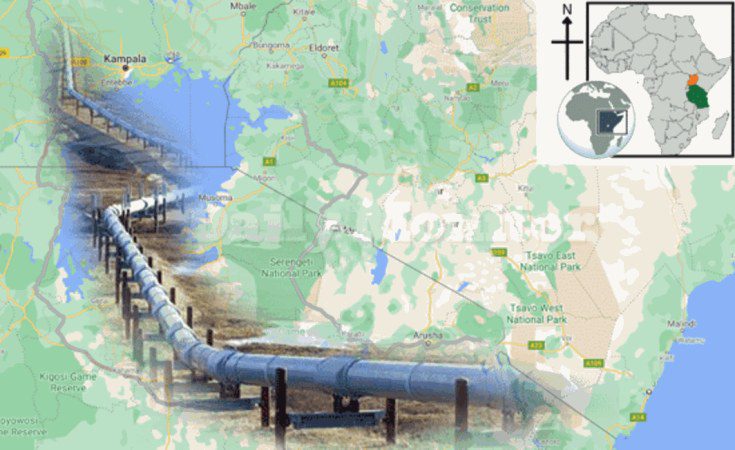