OilNOWLatest News and Information from the Oil and Gas sector in Guyana
More
DiscoveriesFeaturedNews
Updated: April 28, 2017 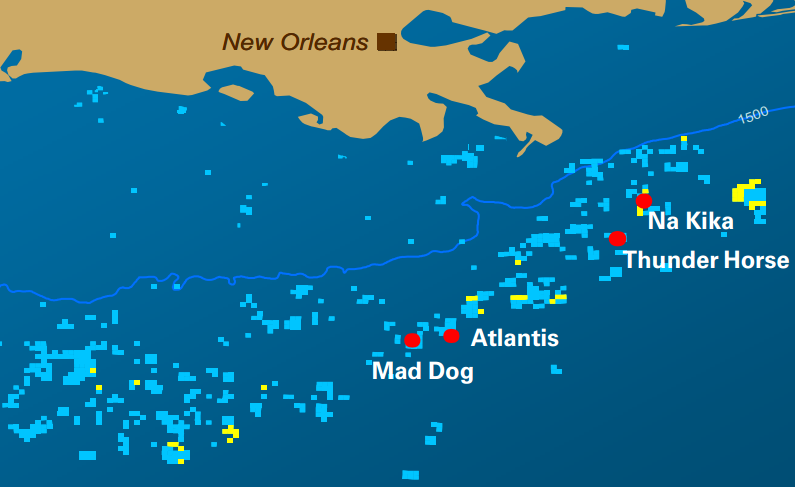 (Houtson Chronicle) British oil major BP has discovered 200 million barrels of oil in a hidden cache in the Gulf of Mexico, thanks to a technological breakthrough allowing the company to see beneath geological formations that had befuddled oil exploration for decades.

The find, worth a potential $2 billion in recoverable oil, is in an undrilled section of BP’s Atlantis field in 7,000 feet of water 150 miles from New Orleans. Long obscured by a salt dome, which distorts seismic waves that oil companies use to map features below the earth, the oil reserves were revealed by using a supercomputer and mathematical algorithm to interpret the seismic data in a new way.

The Gulf find is another example of oil companies advancing technology to make unexpected discoveries. The advent of seismic imaging allowed oil and gas companies to model mineral layers below the earth’s surface and drill more precisely. The combination of horizontal drilling and hydraulic fracturing unleashed the U.S. onshore shale revolution.

maging under salt formations is a “holy grail,” said Ed Hirs, an energy fellow at the University of Houston and managing director of a small oil exploration and production company. “That’s really pretty big.”

This breakthrough, however, comes when the world is awash in crude and some analysts and economists – even at major companies such as Royal Dutch Shell – predict that demand for oil will wane as soon as the end of the next decade, forcing companies to leave billions of barrels of oil in the ground.

BP itself has shifted its focus in recent years to cleaner-burning natural gas, a very public move toward its view of a low-carbon future, as governments around the world address climate change.

Salt has been a barrier

Salt domes have stumped scientists for years. Such geology in deep water is usually promising because the formations trap oil and gas in underground pockets for easy extraction. But companies hadn’t been able to image under the domes with much clarity.

To drill, oil companies need to see underground. They hire ships that project seismic waves through the ocean and into the earth. Those waves hit rock, bounce back, and the companies measure the returning waves to build images of the subsea earth and identify likely oil and gas traps. But when seismic waves hit salt, they refract more than reflect, like light streaming through a glass bottle.

The inconsistency – “a bunch of scrambled nonsense,” said BP geophysicist John Etgen – obscures the images of the earth under the formations.

That’s left oil companies in a predicament: They know there’s oil under salt domes, but not exactly where. If they drill blindly, they are likely to miss the mark – the industry success rate in such endeavors runs between eight and nine dry holes out of every 10 wells drilled, BP said.