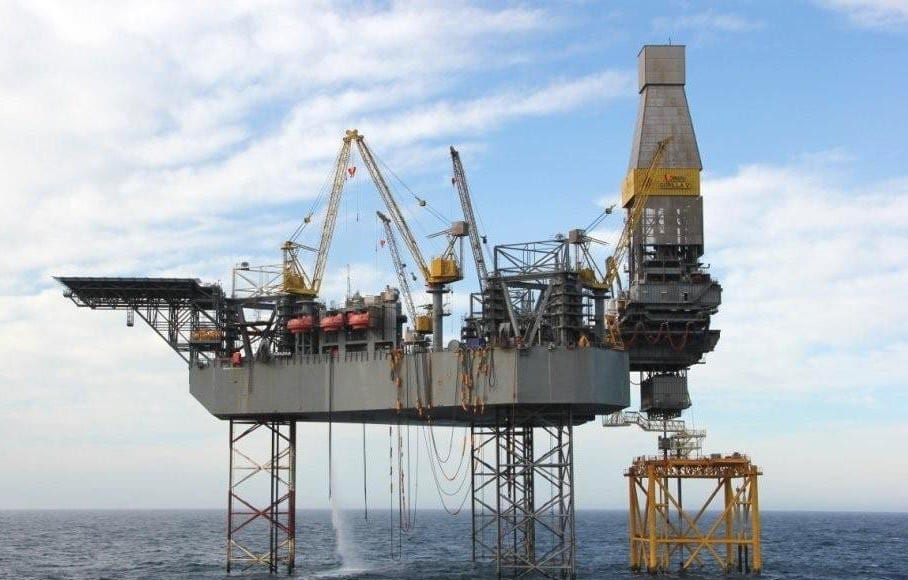 After reaching historic lows in April, global oil prices could continue to chop higher in the coming months as...
Read more

Maersk Drilling has secured a contract for the semi-submersible rig Mærsk Developer which will be employed by PETRONAS Suriname...
Read more
OilNOW
OilNow is an online-based Information and Resource Centre which serves to complement the work of all stakeholders in the oil and gas sector in Guyana.

Canadian-based CGX Energy Inc., operator at the Demerara and Corentyne Blocks offshore Guyana, has been left with no choice but to make adjustments to its 2020 drilling plans due to the effects of the COVID-19 pandemic.

In its latest financial statements, CGX said that the markets are likely to continue to be volatile in Canada this year, thereby reflecting ongoing concerns about the stability of the global economy in light of the coronavirus. When this is added to the effects of the collapse in oil prices, CGX noted that difficulties for all industry stakeholders in borrowing and or raising funds have been increased.

Getting into the specifics of its financial health, the company has declared in its quarterly update that since it has no producing assets and is in the exploration stage, it generates no revenue. Activities are funded by equity raises and joint venture arrangements such as its engagement with Frontera Energy Corporation, another Canadian Oil and Gas company, which has served to inject capital to assist with its exploration programme.

As for its future performance, CGX said that this is largely tied to the exploration and development of its properties in Guyana while noting that it may have difficulties raising equity for the purpose of carrying out exploration and development activities with respect to its Guyana properties, particularly without excessively diluting present shareholders of the Company.

Nevertheless, the potential of the company’s properties remains favourable due to their proximity to several successful discoveries in the Guyana-Suriname basin. ExxonMobil’s Pluma and Haimara discoveries which sit at the edge of the Stabroek Block in Guyana are located 2 and 8 miles respectively from the northern boundary of the Corentyne block.  The giant discoveries made by Total and Apache with the Maka Central-1 and Sapakara West-1 wells in Suriname are located 7 and 20 miles respectively to the west of the northern portion of the Corentyne block.   In the meantime, the Joe discovery that was made in the Upper Tertiary Play of the Orinduik Block is just a few hundred metres away from the edge of the Demerara block.

OilNOW asked CGX’s Chairman and Executive Director of CGX (Guyana) Energy, Professor Suresh Narine, how confident is he that the company will be able to withstand the challenges brought on by COVID-19. In this regard, Professor Narine said that CGX is fortunate to have a long history of exploration in the Guyana basin as one of the pioneers. He noted that this comes with the Company having had to weather many storms related to economic downturns and falling petroleum prices as well as the results of its early exploration activities. Professor Narine said the experience from the foregoing is well-acknowledged while noting that it has played a seminal role in the eventual commercial success in the basin.

With respect to the COVD-19 pandemic, Professor Narine said, “This has presented a multiplicity of challenges to the world and in particular to the petroleum industry.  CGX has taken swift and decisive action to protect its employees and stakeholders, preserve its cash position and maximize activities related to further progressing the prospectivity of its blocks in Guyana, during this period when its operational activities have been severely impacted.”

The Chairman added, “We feel confident in the strategic location of our blocks and in our strategy to preserve cash and retain our skilled employees, to again weather this storm to drill the exciting opportunities on the Corentyne and Demerara blocks.”

In the meantime, CGX said it is taking several measures in response to the global pandemic. Thus far, CGX has implemented a plan to protect the health and safety of its employees and all stakeholders by implementing alternative working arrangements for all employees to work from home. It has closed all of its offices.  In an effort to preserve cash and due to reductions in operational activities, the Company has in some instances reduced the working hours of various members of staff. It has also been engaged in discussions with the Government of Guyana on alternative approaches to its work commitments in that country, so as to preserve the integrity of its licenses.

The Company said it will continue to monitor the COVID-19 related situation and will only fully resume regular activities when there are clear indications that its employees are able to return to work in a safe environment.

Maersk Drilling has secured a contract for the semi-submersible rig Mærsk Developer which will be employed by PETRONAS Suriname Exploration & Production B.V. for...
Read more
News

A battery of international lawyers with key support from Sir Shridath Ramphal presented Guyana’s case to the International Court of Justice (ICJ) on Tuesday...
Read more

After reaching historic lows in April, global oil prices could continue to chop higher in the coming months as COVID-19 shelter-in-place restrictions begin to...
Read more

Maersk Drilling has secured a contract for the semi-submersible rig Mærsk Developer which will be employed by PETRONAS Suriname Exploration & Production B.V. for...
Read more

Crane Worldwide Logistics (CWW) has collaborated with SBM Offshore to ship several thousand gloves and masks to the South American country of Guyana to...
Read more