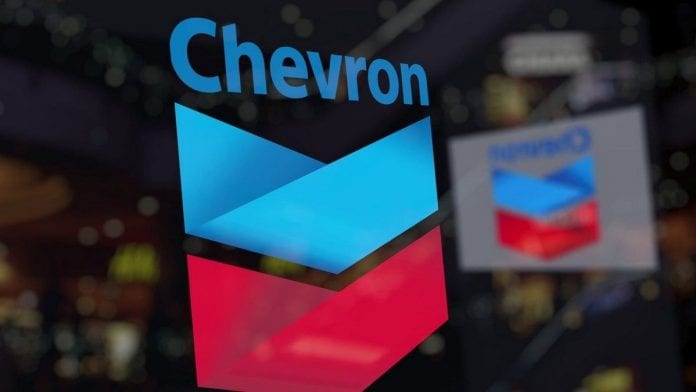 Chevron Corporation announced on Thursday that, under the terms of its previously announced Merger Agreement with Anadarko Petroleum Corporation (NYSE: APC), it will not make a counterproposal and will allow the four-day match period to expire.

Accordingly, Chevron anticipates that Anadarko will terminate the Merger Agreement, a press release from the company stated.

Fellow US petroleum corporation Occidental had launched a $57 billion offer last month for Anadarko split 50:50 between stocks and cash, offering $38 per share in cash and 0.6094 Occidental shares for each Anadarko share, valuing Anadarko at $76 per share.

OilNOW reported on May 6, 2019 that Occidental Petroleum had revised its takeover offer for US company Anadarko Petroleum, offering to pay mostly cash. However, Occidental subsequently offered a revised deal which valued Anadarko at $76 per share but instead offers $59 in cash and 0.2934 Occidental shares for each Anadarko share.

“Winning in any environment doesn’t mean winning at any cost. Cost and capital discipline always matter, and we will not dilute our returns or erode value for our shareholders for the sake of doing a deal,” said Chevron’s Chairman and CEO Michael Wirth. “Our advantaged portfolio is driving robust production and cash flow growth, higher investment returns and lower execution risk. We are well positioned to deliver superior value creation for our shareholders.”

Chevron said that upon termination of the Merger Agreement, Anadarko will be required to pay Chevron a termination fee of $1 billion. “Consistent with Chevron’s commitment to superior shareholder returns, the company plans to increase its share repurchase rate by 25 percent to $5 billion per year,” said the release.

According to Harte Energy in an article, Anadarko “had originally agreed to be acquired by Chevron on April 12 in a 75% stock and 50% cash transaction worth roughly $33 billion plus the assumption of $15 billion net debt.” The article said how however, that Houston-based Occidental, which had been rumored to be courting Anadarko, “kicked off a bidding war on April 24 by taking its roughly $57 billion offer, including debt, public.”

The article said that Occidental continued to “sweeten its takeover offer for Anadarko” by adding an up to $10 billion investment from Warren Buffet’s Berkshire Hathaway Inc. in addition to “agreeing to divest Anadarko’s African assets in an $8.8 billion sale to Total SA.”

Anadarko had been exploring offshore Guyana in October 2013 when its contracted survey vessel the MV Teknik Perdana was seized by a Venezuelan navy vessel and forced to sail to Venezuela’s Margarita Island. Anadarko halted exploration in Guyana following this incident. However, in July 2015 company officials met with Minister of Natural Resources Raphael Trotman and restated the company’s interest in exploring offshore.

Chevron has been in Venezuela for nearly 100 years; it could...