OilNOWLatest News and Information from the Oil and Gas sector in Guyana
More
FeaturedNews
Updated: July 20, 2022 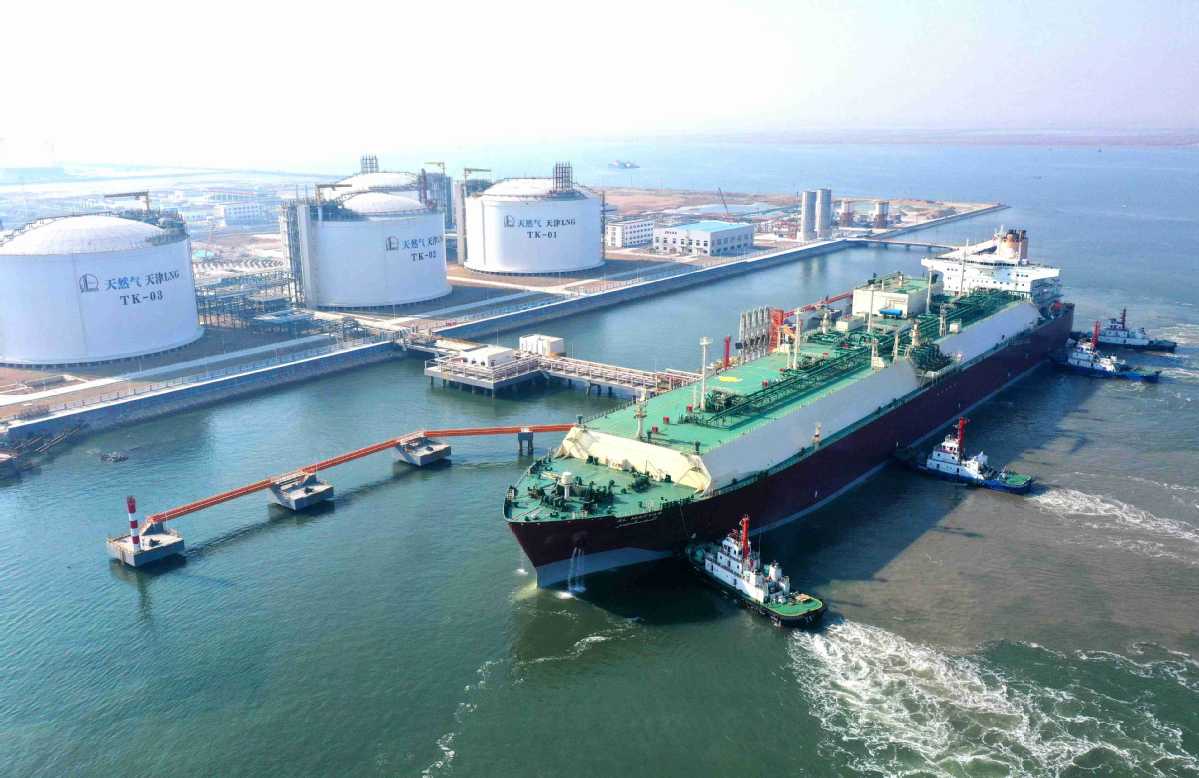 China’s LNG imports are set to fall over 14% year-on-year to 69 million tonnes (Mt) in 2022, the largest decline since it began LNG imports, says global research and consultancy group, Wood Mackenzie.

After a solid growth in 2021, China’s gas and LNG demand is expected to slow down in 2022. China’s gas demand (sum of production and net imports) in Q2 decreased 5% year-on-year. The weakening gas demand was due to a confluence of factors including economic slowdown, rising gas import prices, policy support for clean coal and a warmer-than-usual winter.

WoodMac’s research director Miaoru Huang said, “Gas-fired power was a major contributor to the absolute decline in volumes. In addition to the factors mentioned earlier, the sector was pressured by growth in use of renewables.”

In the first half of 2022, the landed prices of LNG imports averaged US$15 per million British thermal units (mmbtu), almost double the average landed prices in the same period in 2021. Prices of pipeline gas imports increased by 40%, though this rise was more modest due to a longer time lag in indexation to oil prices and a larger share by the lowest-priced Russian pipeline gas.

Based on Wood Mackenzie’s latest commodity prices outlook, China’s gas import prices will remain elevated for the rest of the year. Spot LNG delivered to east coastal provinces would average US$43 per mmbtu in the second half of 2022, way above the city-gate benchmarks of around US$8 per mmbtu. Oil-linked pipeline gas and LNG contracts, as well as Henry Hub-linked LNG contracts, will see prices increase from 2022 H1 levels. They remain more economical than spot LNG though, with average delivered prices range between US$13 and US$20 per mmbtu.

Policy remains committed to stabilising gas prices for ‘prioritised’ sectors relating to people’s livelihoods, such as residential and space heating. Non-prioritised sectors are experiencing unprecedented gas price hikes. As the central policy allows market factors to play a more decisive role in resource allocation, cost pass-throughs are becoming more frequent. Reportedly, in upstream suppliers’ summer 2022 and winter 2022-23 gas pricing plan, wholesale prices for regulated gas into non-prioritised sectors are 15-20% higher than city-gate benchmarks, and for non-regulated gas the prices are 40-80% higher. Some volumes are proposed to link to Asian spot LNG prices. Such price schemes, plus a relaxation on coal use, will limit downstream buyers’ appetites and plans for gas sales.

Huang said, “Power generation, feedstock use for fertiliser and chemicals, transport and commercial gas demand are expected to decrease from 2021 levels. We still expect industrial fuel gas demand to grow above 2022 levels, but the increments have been downgraded. Residential and space heating will be much less impacted as gas supply to them is prioritised, and prices are protected.”

Huang said China is unlikely to change its coal policy as the backstop of energy security in the near future. National policy, Huang pointed out, is unlikely to encourage gas demand in a significant manner due to concerns over supply chain pressure and affordability.

“As such, we forecast China’s LNG imports to fall 14% year-on-year to 69 Mt this year. This will be the largest decline since China began importing LNG in 2006. In 2015 China’s LNG imports declined for the first time but by 1% only. Japan will move back to becoming the world’s largest LNG importer this year,” Huang said.

Nevertheless, local governments are playing a bigger role in driving gasification programmes. Some key gas-consuming provinces, such as Guangdong, Zhejiang and Shandong, have already set gas demand growth targets in their respective regional five-year plans, either in absolute terms or as a share in the energy mix over 2021-2025. Not all those targets can be met in the face of economic headwinds and high gas costs. However, those plans reveal the potential in China’s gas demand growth that could materialise with affordable gas price levels and supply chain support.