OilNOWLatest News and Information from the Oil and Gas sector in Guyana
More
FeaturedNews
Updated: May 25, 2019 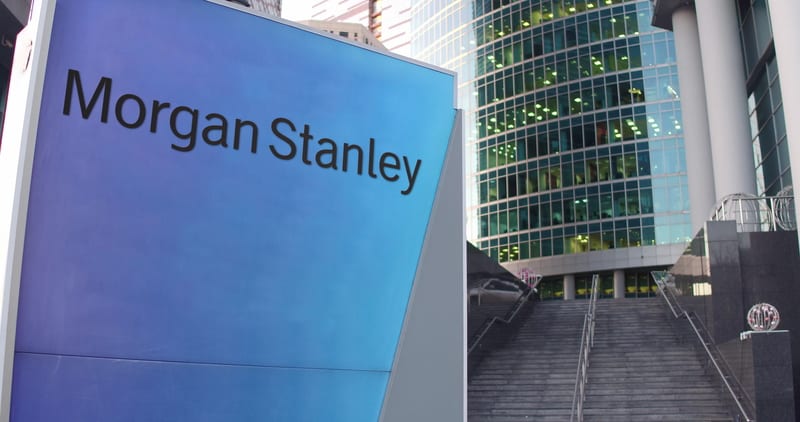 US multinational investment bank, Morgan Stanley, believes that oil development plans in the South American country of Guyana remain intact despite political uncertainty and a recent report pointing to anti-corruption investigations into the award of oil blocks. In a research paper seen by OilNOW, Morgan Stanley outlined why it believes Guyana’s attractive outlook remains solid.

On Tuesday, oil suffered its worst day on the stock market for 2019 amid mounting trade tensions between the world’s biggest economies which saw a number of companies, including Hess Corporation – which has a 30 percent interest in Guyana’s Stabroek Block – taking a hit.

Hess shares declined ~8% on the day, underperforming peers by ~2%, which Morgan Stanley attributed to the combination of “falling oil prices and political uncertainty in Guyana.”

The bank said two recent developments in the South American country have been in focus in its recent dialogue with investors and were topical in a meeting held on Tuesday, May 23, with Jay Wilson, VP of Investor Relations at Hess Corporation. These are; the potential for new elections and rumors of anti-corruption investigations.

“Despite recent headlines pointing to potential uncertainty in Guyana, development plans in the country appear to remain completely on track,” Morgan Stanley said.

Following the passage of a no confidence motion in December by the opposition PPP/C against the APNU+AFC Coalition-led government, the country faced the prospect of early elections. Subsequent challenges to the validity of the vote that saw the motion being carried in the country’s National Assembly has seen the case reach all the way to the Caribbean Court of Justice (CCJ) – Guyana’s court of last resort.

If the CCJ upholds an appeal it is currently considering on the matter, new elections would likely occur later this year. If it does not, elections will be held in 2020, within the constitutional timeline allotted for election cycles in Guyana.

Morgan Stanley said investors have been concerned that political uncertainty may result in the government changing the production sharing contract (PSC) terms or delaying approval of additional development. “The recently announced Final Investment Decision (FID) for Phase 2 of development occurred despite this political uncertainty and included no changes to the production sharing contract or royalty regime,” the bank said.

Regardless of the CCJ decision and the outcome of the next elections, it does not see near-term risk to the PSC since both political parties have stated support for the existing contract with co-venturers ExxonMobil, Hess and CNOOC. The contract was initially signed under the PPP/C government and recently ratified under the Coalition government.

“We do not expect either party to take actions that could negatively impact or delay the substantial investment planned by XOM & HES over the next decade, which should be transformative for this country of less than 1 million people,” Morgan Stanley said.

This week media reports indicated the Guyana State Asset Recovery Agency (SARA) is investigating the issuance of exploration licences in several offshore Guyana blocks; Kaieteur, Canje, Orinduik and Stabroek. When contacted by OilNOW, SARA would neither confirm nor deny the reports.

Morgan Stanley said the message from Hess was clear: “the Stabroek exploration license was fairly and transparently awarded” to ExxonMobil.

The bank said in “looking through the noise” it sees “only limited risk in Guyana and significant potential upside.”

Despite market concerns, Morgan Stanley said the Stabroek co-venturers continue to expect FID for Phase 3 of development (Payara) by the end of the year. The Liza Phase 1 Development will begin production by 2020 while Phase 2 was recently sanctioned for a 2022 start-up.

“Furthermore, two drillships are currently dedicated to the Hammerhead discovery, which we believe could indicate development of this prospect might ultimately be fast tracked, allowing it to advance in parallel with other phases,” Morgan Stanley said.