OilNOWLatest News and Information from the Oil and Gas sector in Guyana
More
FeaturedNews
Updated: July 18, 2021 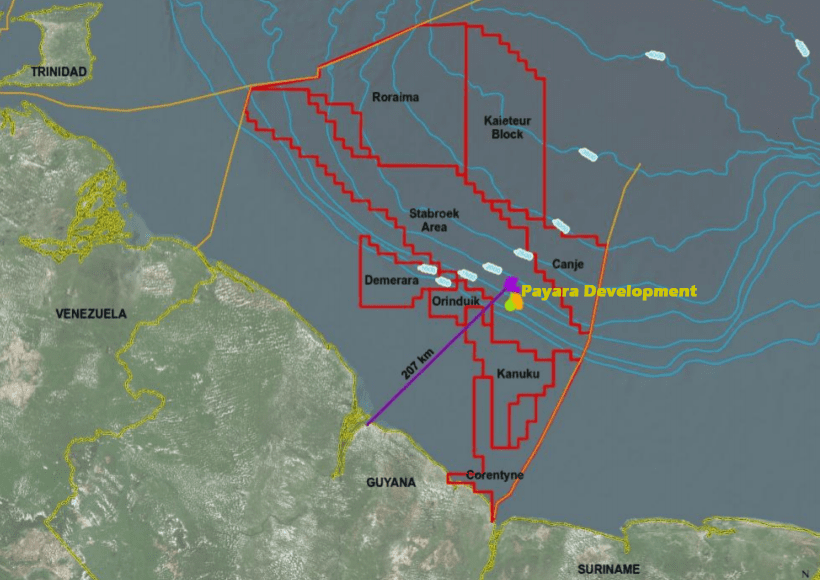 ExxonMobil is continuing developmental operations at the Payara field located at the Stabroek Block offshore Guyana.

Current operations are incorporating the use of the PSV Skandi Rona at an area situated approximately 112 nautical miles (207.42 kilometers) off the coast and covers an area of 137.89 square nautical miles (472.95 square kilometers).

The US$9 billion Payara Development Project will focus on an estimated resource base of about 600 million oil-equivalent barrels. Ten drill centers are planned along with up to 41 wells, including 20 production and 21 injection wells.

SBM Offshore announced in June that it had completed the project financing for the Prosperity FPSO which totals US$1.05 billion.

“The Prosperity FPSO,” SBM offshore explained, “will utilize a design that largely replicates the design of the Liza Unity FPSO. As such, the design is based on SBM Offshore’s industry leading Fast4Ward program that incorporates the Company’s new build, multi-purpose hull combined with several standardised topsides modules.”

The Payara Development was approved in September last year, following an extensive period of review under two administrations. The operationalisation of this project, set for 2024, is expected to take oil production offshore Guyana, well over 500,000 barrels per day, with increases in production for all vessels being planned.