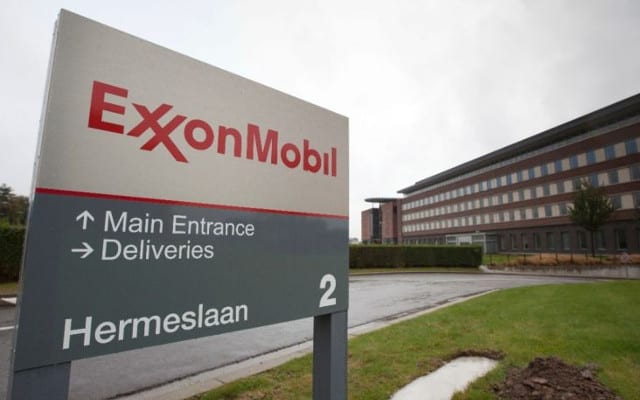 ExxonMobil, which has weathered the plunge in oil prices, has held onto its title as the world’s largest oil company, according to Forbes.

The Texas-based company is No. 13 on Forbes’ 2017 Global 2000 list of the world’s biggest and most powerful public companies, as measured by a composite score of revenues, profits, assets and market value. It slipped four spots from last year but has started to see its fortunes turn as oil prices climb. Exxon reported a 122% surge in profits in its latest quarter.

Oil companies are starting to put themselves back together now that prices have recovered from their lowest levels in a decade. A barrel of WTI crude has been sitting around $50 a barrel all year, up from $30 in early 2016. Rising prices, in addition to cost cuts and the revenue generated from side projects, is starting to help many companies turn a profit again.

Chevron, which was No. 28 last year, plunged to No. 359. The American oil company swung to a profit in its latest quarter but ended last year $431 million in the red. Like many oil companies, it has been forced to sell assets and take on debt to stay afloat. It’s begun to strike a more positive tone in recent months with CEO John Watson saying: “I think the outlook is good and I’ll tell you four years ago I wouldn’t have thought that would be the case at moderate prices.”

The FORBES Global 2000 ranking is based on a composite score from equally-weighted measures of revenue, profits, assets and market value. The 2017 list features public companies from 58 countries that together account for $35.3 trillion in revenue, $2.5 trillion in profit, $169.1 trillion of assets, and have a combined market value of $48.8 trillion, up 10% from the year prior.