OilNOWLatest News and Information from the Oil and Gas sector in Guyana
More
FeaturedNews
Updated: November 11, 2017 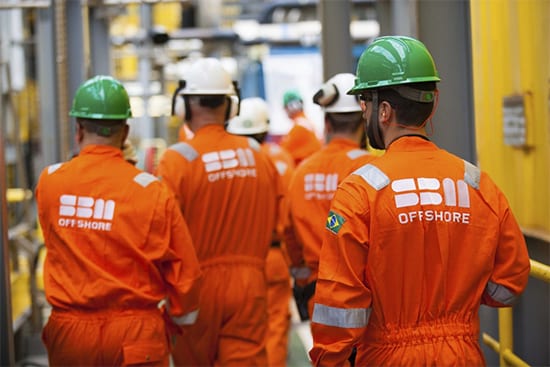 Under the contracts, SBM Offshore is performing Front End Engineering and Design for the FPSO Liza Destiny, and will construct, install and operate the vessel which will bring first oil for the South American country.

A former CEO of SBM pleaded guilty on Thursday to charges related to the Petrobras corruption scandal in Brazil as the U.S. steps up its pursuit of individuals over corporate misdeeds.

The former executive, Anthony Mace, appeared Thursday in federal court in Houston, where he admitted to conspiring to violate the U.S. Foreign Corrupt Practices Act. Mace’s appearance comes just days after a former sales executive of SBM, Robert Zubiate, pleaded guilty to the same charge. Mace is scheduled to be sentenced on Feb. 2, Bloomberg reports.

ExxonMobil Guyana Senior Director, Public and Government Affairs, Kimberly Brasington, told OilNOW on Saturday that the company is closely studying the unfolding court proceedings. This was in response to questions about the potential impact the corruption case could have on the ongoing engagement between the Oil Company and SBM for the development of the Liza Destiny.

“ExxonMobil is closely studying the matter involving SBM Offshore. We remain committed to the highest level of transparency,” she stated.

The U.S. reopened its investigation of SBM after initially clearing it of corruption allegations in 2014, two people familiar with the matter told Bloomberg last year. At the time, SBM said that it would pay $240 million to Dutch authorities and take remedial measures, without admitting wrongdoing, to settle bribery allegations involving Brazil and two other countries.

The Justice Department took another look at SBM after one of the company’s former U.S. employees was charged by Brazilian prosecutors in relation to improper sales practices, the company said in a statement on Nov. 6. SBM said the U.S. was also probing its relationship with Unaoil Monaco SAM, an industry adviser under investigation over alleged corruption.

U.S. authorities are investigating individuals and more than a dozen companies as part of its probe of a scandal that has already led to more than 150 arrests in Brazil, people familiar with the matter told Bloomberg last year.

SBM’s Chief Governance and Compliance Officer, Erik Lagendijk said, “The Company self-reported the issues in 2012 and has completely changed its business model and ways of working since, as recognized by the Company’s stakeholders. Although it appears that the Company can likely reach a resolution with the DoJ and thus make an important step towards closure of the past, it is unfortunate that despite all efforts made, no global solution to bring finality is currently available. We will continue to actively seek to bring the legacy issue in Brazil to an acceptable closure.”

ExxonMobil and its partners Hess and CNOOC Nexen announced their final investment decisions in June after Guyana granted a production license for the Liza Phase 1 development. ExxonMobil shortly after formally confirmed the award of contracts to SBM Offshore for the next phase of the Liza project.

Phase 1 is expected to cost just over $4.4 billion, which includes a lease capitalization cost of approximately $1.2 billion for the FPSO facility, and will develop approximately 450 million barrels of oil.