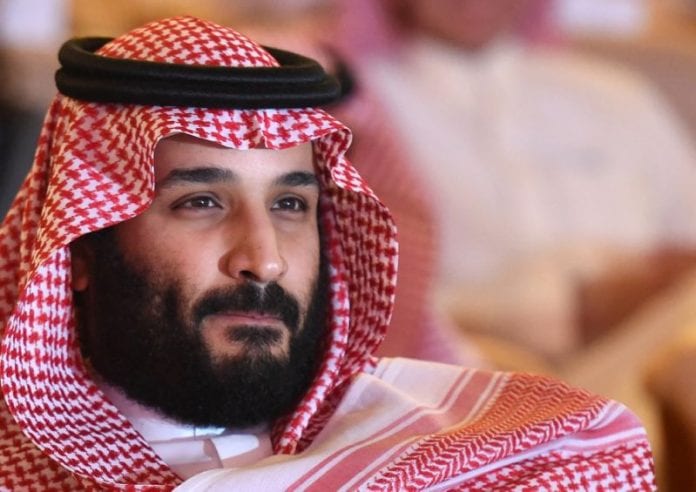 (Bloomberg) For the first time in three years, the chief concern in the oil market isn’t too much supply.

Just as production cuts by OPEC and its allies finally deplete a surplus that has weighed on oil prices since 2014, political crises have hit the organization’s three biggest members. First, an eruption in Iraq’s long-running feud with its Kurdish population hurt exports, then rising tensions between Iran and President Donald Trump put that nation’s energy trade at risk.

The greatest concern arises from twin shocks in the world’s biggest crude exporter, Saudi Arabia: both internally, as the kingdom conducts a political purge that could stir opposition, and externally, as it steps up warnings against its regional nemesis, Iran. While analysts don’t expect any imminent disruption, Saudi supplies are so critical that the elevated risk pushed crude prices to a two-year high.

“One out of nine barrels in the world is produced out of Saudi Arabia, so whatever happens in Saudi Arabia is really a revolution or turmoil for the world of oil,” Paolo Scaroni, vice-chairman of NM Rothschild & Sons and former chief executive officer of Italian oil giant Eni SpA, said on Bloomberg Television.

Oil prices haven’t been rocked by turmoil in the Middle East since Islamic State’s sweep through Iraq in the summer of 2014 sent crude above $120 a barrel. That rally soon ended as surging U.S. shale-oil supplies created a supply glut, which the Organization of Petroleum Exporting Countries and Russia — long-time market rivals — are now jointly laboring to clear.

The upheaval in three of OPEC’s five founding members comes just as that effort is paying off, with half of the surplus in oil inventories gone, making crude prices more sensitive to supply risks.

Brent futures climbed above $64 a barrel on Nov. 7 after Crown Prince Mohammed bin Salman, the ambitious heir to the Saudi throne, embarked on an anti-corruption campaign that instigated the arrest of a number of princes and officials, shaking up the kingdom’s typically staid internal politics.

“From an oil market perspective, the risk is that such a shift creates medium-term political instability within the kingdom that would threaten oil production,” Jeff Currie, head of commodities research at Goldman Sachs Group Inc., said in a report.

The move is even giving pause to market bears, with Commerzbank AG calling potential Saudi turmoil the biggest risk to its forecast that prices will weaken in 2018, and Julius Baer Group Ltd. raising its price forecasts.

Domestic turbulence is being compounded by a resurgence in regional tensions, as Saudi Arabia blames Iran for an attempted missile attack on Riyadh’s international airport that it says could be considered an “act of war.” The kingdom then urged all Saudi citizens to leave Lebanon, a country that has often served as battleground for regional disputes and where both Saudi Arabia and Iran — representing rival branches of Islam — are politically involved.

Threats to supply from the Middle East had already flared. Iraq’s production fell the most since January last month as the central government reclaimed oil fields around the northern city of Kirkuk from the nation’s Kurds, who had defied Baghdad by voting for independence.

In Iran, the accord that allowed it to resume oil sales after years of sanctions came under threat in late September when President Trump refused to confirm the Islamic Republic is abiding by its commitments.

Still, at $64 a barrel Brent crude is trading at about half the level seen when Islamic State swept through northwest Iraq three years ago. Oil prices are always slow to factor in political dangers, reacting only when facilities or supplies are materially affected, according to Francisco Blanch, head of commodities research at Bank of America Corp.

Fourteen years ago, as the U.S.-led invasion of Iraq grew closer and the probability of war was already well-established, oil prices were still adjusting upward, Blanch said in a television interview.

“Until something really big happens, and the violence starts to affect the oil fields,” the price reaction will remain limited, he said. “The oil markets never price enough geopolitical risk.”

Saudi Aramco targeting up to $1.7 trillion in IPO valuation

Oil rises as Saudis are said to be content with prices...