OilNOWLatest News and Information from the Oil and Gas sector in Guyana
More
ExplorationFeaturedNews
Updated: January 19, 2018 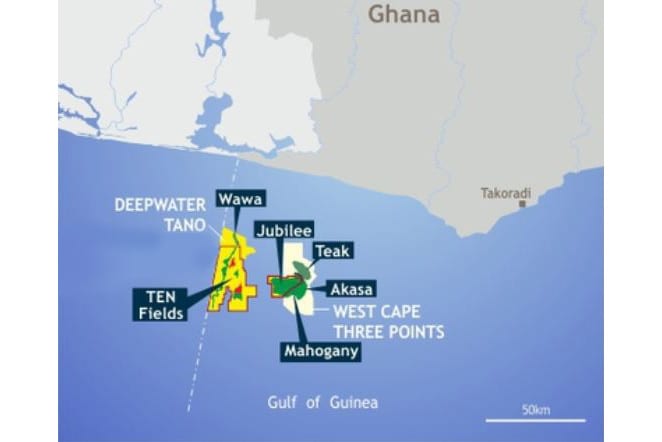 The signing followed direct negotiations between Ghana and Exxon Mobil without an open competitive tender due to the nature of the field, where the depth ranges from 2,000 to 4,000 meters, Ghanaian officials said.

Ghana, which exports cocoa and gold, began commercial production of oil from its flagship Jubilee reserves in late 2010. Other firms drilling in the West African country include UK’s Tullow oil and Kosmos Energy.

The Exxon Mobil deal is the first to be signed after the International Tribunal for the Law of the Sea last September drew an ocean boundary favoring Ghana in a dispute with its neighbor Ivory Coast.

The agreement is subject to approval by parliament and Exxon is expected to start exploration this year, Agyarko said.