OilNOWLatest News and Information from the Oil and Gas sector in Guyana
More
FeaturedNewsProduction
Updated: October 24, 2022

ExxonMobil’s Guyana projects, Liza Phases 1 and 2, produced 10.989 million barrels of crude for the month of September 2022. This averaged approximately 366,310 barrels of crude per day (bpd).

The Liza Destiny and Liza Unity floating production, storage, and offloading (FPSO) vessels are being utilised for the Liza projects. Just as was observed in August, the projects in September consistently performed above capacities of 140,000 bpd and 220,000 bpd. 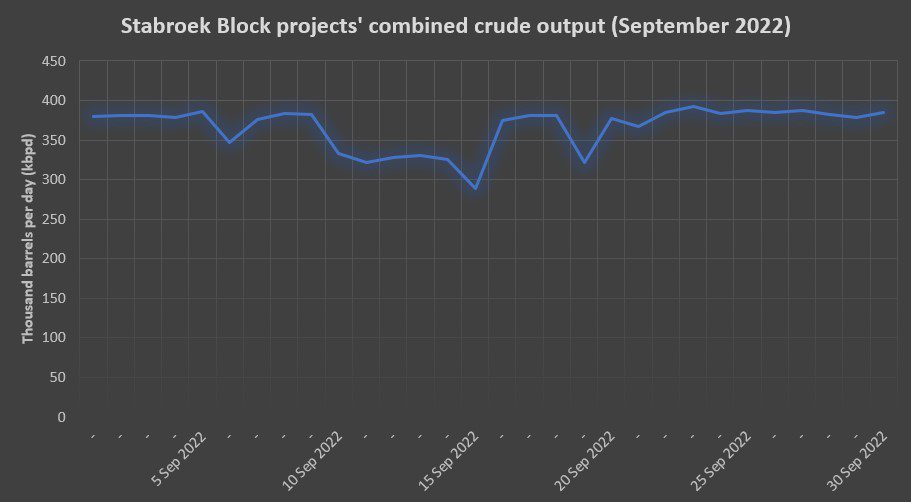 For the month, the Liza Destiny produced 4.426 million barrels. 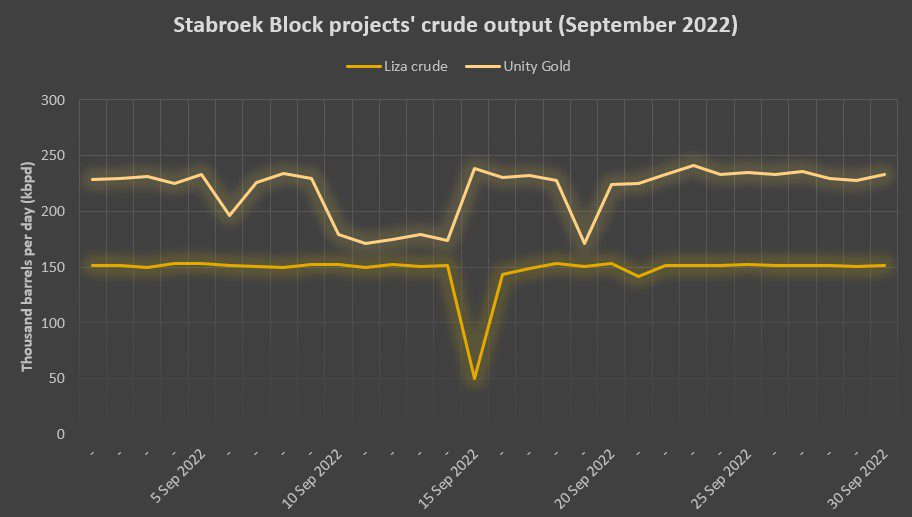 For the month, the Liza Unity produced 6.563 million barrels.

The Petroleum Management Programme showed that the price of Liza crude varied for the month of September, from US$79.61 to US$91.43 per barrel., according to S&P Platts Crude Oil Market Wire.

ExxonMobil holds an operating stake of 45% in the Stabroek Block, while Hess and CNOOC have 30% and 25% respectively.